Anifah Aman: The safety of Malaysians my priority

Najib Razak's account on how his beloved wife had helped him in two instances involving Malaysians abroad during the Arab Spring of 2011 has sent some critics through the roof. Chief among them was my ex-boss A. Kadir Jasin. His sarcasm-laden posting Antara Cinta dan Jasa* has gone viral, quoted freely and gleefully by friends and foes from The Malaysian Insider to OutSyed The Box.

If she was that good and so connected. Kadir tells the Prime Minister, Why not make Rosmah Minister?

And once she has been made Minister, Najib may want to "re-evaluate" some members of his Cabinet, including Foreign Minister Anifah Aman. "... clearly (Anifah) is not as effective as Rosmah in settling international crises," Kadir adds.

Before he flew off to Europe for an official trip last night, Anifah shared some his thoughts with me on the matter.

This was what he told me, more or less:

"My priority was the safety of Malaysians, especially our students.

"It was a life-and-death situation.

"We needed to evacuate and we needed to do it speedily, with the least hassle.

"I was in close contact with my counterparts (in Egypt and Saudi) throughout, to process the evacuation.

"The PM's wife had connections that I knew could help in a big way, especially under those circumstances.

"Why shouldn't she use those connections?

"It was a life-and-death situation. As the Foreign Minister I would accept anyone's help, anyone at all, if it would ensure the safety of our people ...".

Anifah stressed that in the event of any such crisis in the future, he and Wisma Putra would not hesitate to accept help from anybody and any party if it would help guarantee the safety of fellow Malaysians.

There were more he wanted to say but the Minister had a flight to catch and we promised to pursue the matter.

In the meantime, some articles and pictures from the archives to remind us of the times of crises Anifah and the government were having to deal with when the Arab Spring reached Egypt, killing over 900 people in an 18-day bloody revolution. By any measure, I say Wisma Putra did a brilliant job. 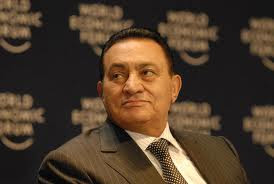 After 30 years in powers, Egyptian President Hosni Mubarak is the most hated figure in Egypt 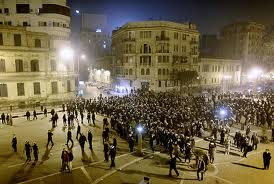 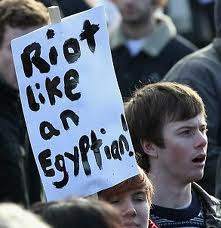 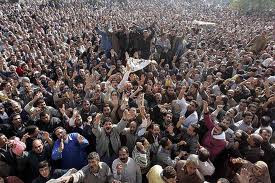 Well it is not easy to evacuate 11,000 Malaysians in Egypt. However OPS PYRAMID is expected to bring all Malaysians out of Egypt in 4 or 5 days.


The plan is to transport all Malaysians out of Egypt via 5 aircrafts, 3 military aircrafts (C130 transport plane) and 2 commercial aircrafts (a MAS Boeing 747 and an Air Asia Airbus A 340) as well as a Malaysian Navy Ship (Bunga Mas 5).

All those Malaysians will be evacuated from Egypt to Jeddah, Saudi Arabia as transit point before going home to Malaysia.


The Malaysia Airlines plane, a Boeing 747, and the AirAsia Airbus A340 plane left KL International Airport early this morning for Cairo.


"As soon as these planes arrive there, we will arrange to fly out the first batch of Malaysian students and we hope, if everthing goes well, they will arrive in Jeddah by midnight tonight," he told reporters, here today.


Anifah said the three C-130 transport aircraft belonging to the Malaysian air force, which left for Jeddah yesterday, would start flying out Malaysian students out of Egypt tomorrow morning.


"These three aircrafts need to cease from activity for 24 hours before resuming the normal flying activity.

"That's why these planes can only start operating shuttle service tomorrow. Altogether the three Malaysian air force planes could carry up to 750 passengers," he said.


Anifah said the Malaysian embassy in Egypt was working round-the-clock to ensure the mission to bring home Malaysian students from the troubled country, would run smoothly.


He said the situation, particular in the vicinity of the Malaysian embassy office in Egypt, was under control, saying it was located from away from the troubled Tahrir Square in Cairo.


Anifah said he would monitor the situation and the evacuation process very closely in view of the prevailing situation there. -- BERNAMA
at December 10, 2013