Have your Say: Do you agree with Selangor lawmakers' decision to give themselves that massive pay hike?
Say your yes, no, maybe, don't know h e r e.


"Britain's legislators currently earn the equivalent of around 2.7 times the country's GDP per person, on a par with many rich countries ... Lawmakers in poorer countries in Africa and Asia in particular enjoy the heftiest salaries by this measure. Kenyan MPs, known for their largesse, were recently stymied in an attempt to increase their salary from $75,000 to $120,000 a year." The Economist, before Selangor's decision to raise its lawmakers' pay by 300 per cent


Hannah Yeoh probably has the most to lose if Selangor MB Khalid Ibrahim buckles under mounting pressure to abort plans to give himself and fellow assemblymen including Hannah eye-popping, mind-boggling salary increases. According to blogger Helen Ang in Stooping to exploit babies now, YB Yeoh stands to take home some RM45,000 with the new scheme, many folds more than before.

The pressure is not coming from a bewildered public only but also lawmakers from BN and Pakatan. Even the Selangor economic adviser and Pakatan de facto leader Anwar Ibrahim was apparently reportedly not supportive. Incidentally, we just learnt that Anwar was never paid RM1 for his services as economic adviser, which was something many had been led to believe. In fact, he's been paid substantially more than that - RM150,000 a year! One has to wonder if the Selangor government has anymore surprises in store for us.

Lawmakers like Khalid and Hannah, who probably believe we all owe them our entire living, are displaying some of the traits of lawmakers in the deeper democratic recesses of Africa. If they had their way, Malaysia would soon join the likes of Nigeria and Kenya, 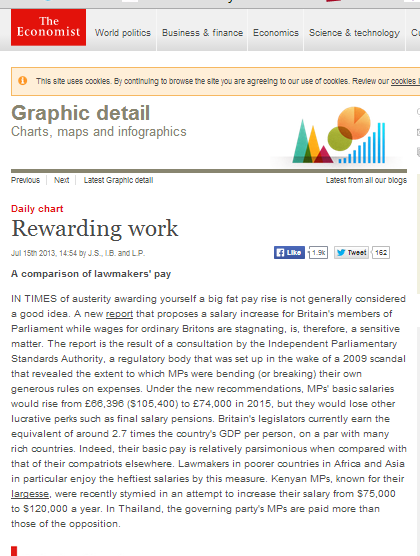 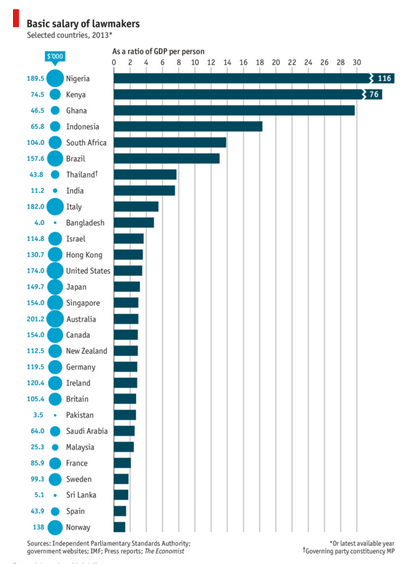