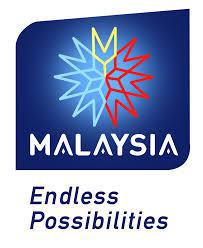 One for the record: Yesterday, Sept 17, was supposed to have been the launch of  the nation brand exercise, Malaysia: Endless Possibilities. It didn't happen because, thanks to the efforts of "sincere bloggers" at Jebat Must Die, the Mole, and Foul!, we discovered that Israel and Mongolia are using the same exact tagline. The Prime Minister himself sent the branding guys back to the drawing board and come up with something more wow and less embarrassing.

In the meantime, a brand consultant says there are 5 lessons to be learned from the "Endless Possibilities" Branding blunder. The dude seems to know what he's talking about and is eager to help, I was told. Maybe the branding lady at the PM's Office should off her high horse and start returning his messages ...

So what happened to the earlier claims that Malaysia used 'endless possibilities' first, before other countries?

Did the people/group who recomended "Endless Possibilities" brand get fired and/or did the consultants have to refund the money paid earlier?

Instead, we are giving the consultants more money to come up with a new tagline.

With this kind of antics, how does Najib expect the us to vote for him anymore?

The irony of it all
Israel, the punching bag for all ill's in the middle east and then Mongolia, the land from where a lady did not officially come from , who was somehow murdered and C4ed but no one actually did it and no one actually cared why it was done.

Ha ha, this was truly funny:

"5) If you insist on starting with a tagline, Google it first before you do anything. A Google search of “Endless Possibilities” throws up 13 million results including destinations that have already used it – Mongolia, Israel, Sagada, corporations – BHS India and conferences, t-shirts, singers etc. Every stage of every element of any brand development should be checked and double checked again."

My goodness. Rather than blowing millions of ringgit on con-sultans, they could have just typed it into a web browser and saved the shame.

Google really is your friend, Najib!

This simply means we need more CON-Sultan...that boy from Ethos is not enough to do a man's job...

The Prime Minister himself sent the branding guys back to the drawing board and come up with something more wow and less embarrassing. ?????

Is it me or does Ah Jib Gor starting doing Flip-Flop a-la Sleepy Tun Lah.

So if Tun Lah sleeps accidentally, how does Ah Jib Gor sleeps?

just goes to show the inferiority of pr supporters

and will die like chimp peng, unfulfilled dreams, heh heh

Why do we need branding??? Or tagline??? Especially those that has its own price tag to go with it?! And after that the badges, t shirts, the banners, the caps, the adverts ?!!!!! And before we know it, millions down the drain, again ..

We had 'Malaysia Boleh' before with no paraphernalias etc and yet the spirit had even gotten Malaysians to the end of the earth!

Endless possibilities is too long; just use Infinity instead. It's more catchy for the Bangladeshi and the Nigerians.