For those who wetted their pants over Fitch, do read on

Moody's has stable outlook on Malaysia's A3 sovereign rating
KUALA LUMPUR: Moody's Investors Service has a stable outlook on Malaysia's A3 sovereign rating which balances its relatively healthy growth outlook and still formidable foreign exchange reserve buffer against its susceptibility to external demand.
The international ratings agency said on Thursday following the implementation of countercyclical measures in the wake of the global financial crisis, fiscal and debt ratios worsened and have yet to recover to pre-crisis levels.
"Nevertheless, funding conditions have not been adversely affected, while the government's debt profile remains favourable as compared to peers," it said.

Read the rest of the article  h e  r e 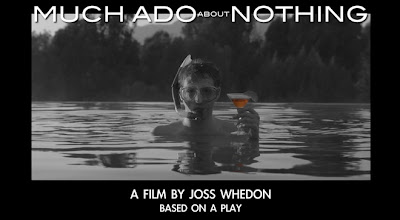 "So, what happens if Fitch goes ahead and downgrades their rating for Malaysia during their next review? Honestly, I don’t think much will happen.
Remember, at “A-“ Malaysia is still well within the investment grade rating category. A downgrade to “BBB+” doesn’t change that. We’d need to go down another three notches to be classed as “speculative” i.e. junk. It’s hardly time to panic just yet.
Second, investors are all looking at the same data, so by the time Fitch gets around to revising their rating next year, it will be more in the nature of a fait accompli rather than presaging a round of investor sell-offs, i.e. a rating downgrade would probably lag, not lead, what happens in the capital markets.
Note that the selldown in the Ringgit and in the capital markets the last couple of weeks was part of a general investor retreat from emerging markets, not something specific to Malaysia per se. The Fitch news added a little push to the rush for the exit, but it wasn’t the trigger.
Lastly, while an actual downgrade to the rating should in theory make borrowing costs more expensive, there are many more factors that determine the yield the government has to pay on its borrowings. For example, the last time Fitch cut Malaysia’s rating (local currency only; February 2009) MGS yields did indeed rise, but to levels well below where they were six months earlier." - Hisham H, Aug 14

In my Aug 12 piece The difference between Fitch and bitch, I argue the need for us to be circumspect when faced with rating agencies' behaviour. I was also bitching about the fact that none of our economists or politicians seemed bothered to come to the Malaysian economy's defence. Today, I welcome back blogging economist Hisham H from his hiatus with the timely The Fitch Rating Downgrade: Much Ado About Nothing.