The AES is not being reviewed

The system stays, prosecution aspects examined. YB Mahfuz Omar was already celebrating "victory" against the AES. My friend Chegubard was claiming credit on behalf of his outfit, SAMM. "We told you so, SAMM did say the government was going to suspend the AES," he said online.

The government, however, is not suspending the AES. Nor is it reviewing the system. The AG has decided to freeze court proceedings related to summonses issued under the AES to study legal concerns raised. Repeat: Concerns on the law and other technicalities.

A decision will be made on these concerns in the next few days. In the meantime, you beat that red light bro, and you will still get a black eye from AES.

Read the Star's story below and following that my comments on why I don't think for a single moment that the authorities will review the system. 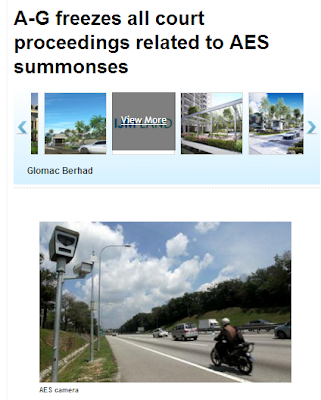 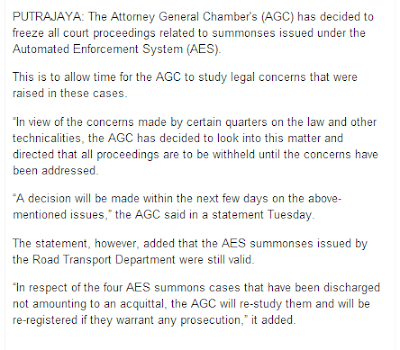 The Automated Enforcement System or AES is internationally tried and tested. The AES cameras have helped authorities in the UK, Australia, the US, Singapore and elsewhere discipline motorists and reduce traffic accidents and fatalities (and more). In Malaysia, it is beginning to take effect. The number of summonses issued is down by almost 80 per cent from the time it was introduced. In other words, people are making sure that they don't break the law.

The AES is forcing motorists to respect the traffic laws once again. They are starting to relearn to stop when the traffic light turns red! More than 16,000 people caught by AES cameras for breaking the speed limit and for committing other traffic offences have paid their fines. There is no reason, therefore, for the authorities to suspend a system that is working for the good of the majority of road users.

The NST has more: 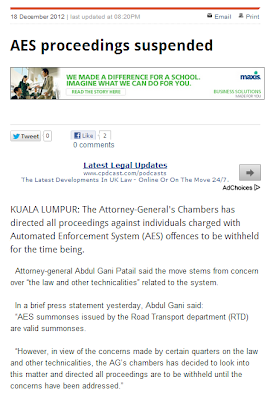 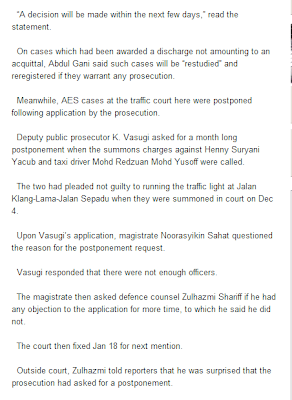 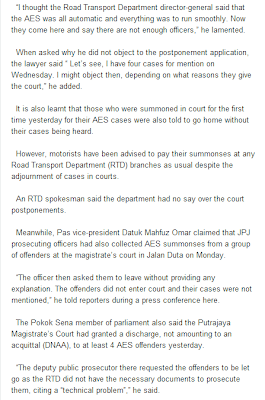 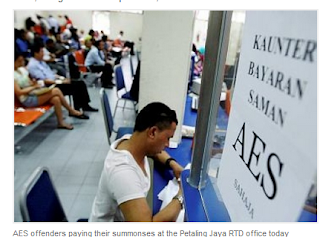