A good prince and his KL gangsters 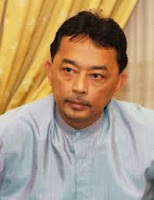 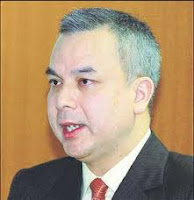 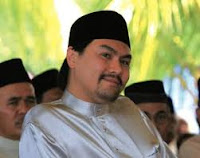 Not too long ago, when Nokia was still king of mobile phones, I was queueing up to be served at its outlet in Telawi, Bangsar when in walked, unannounced, a prominent prince from a State in the north with his Communicator. I could see his security detail outside the shop and it consisted of one plainclothes cop on a big bike and a police car, both properly parked so that traffic was not obstructed. A staff on duty, upon recognizing the prince, hurried over to invite him to royally cut the cue. Typical, I thought. However, what was not typical was the prince's response: he politely declined and said he would wait in line. That was a regal gesture, I thought and I'm sure people there that day would agree.

Last weekened, a prince from a State not in the north was spotted at Starhill, a shopping haven in KL popular with people from all walks of life. I know the prince as a charming young single straight chap, but he had 8 bodyguards who looked like they have had a bad day. A friend who does business with several princes here and abroad happened to be there with his pre-teen, and that proved to be his misfortune that day, as he was harshly told by one of the thugs to make sure he and his son kept their distance and not come within a certain radius from where the prince was.

His pre-teen was upset, of course, and we reckon he will grow up not liking the Royalty that much.

Our princes must not only behave elegantly in public, they must tell their people not to act like thugs from the movie KL Gangsters. If they can't do this, stay in their palaces. As my friend told me, "We want them to have their space .. but don't deny us ours. And, please lah don't act like thugs."
at January 12, 2012