Killed: Pakatan Rakyat's plan to replace our flag..
Er, actually, it was DAP's rep Manoharan who declared on his Facebook that Pakatan Rakyat, the coalition of 3 parties including the predominantly Chinese DAP, will come up with a new flag. Why? In his own words:

Yes, I was wondering what his poison was, too. Not toddy, I'm sure.
The MOLE, on its first day as Malaysia's blogpaper, was alerted to Mano's madness and it sprang into action to do what it promises to do:
first, we called Mano to verify that the Facebook Mano was indeed him, the Hindraf leader backed by DAP in the last GE. Then we asked our friends from Pakatan if it's true, that Pakatan Rakyat will come up with a new flag because the existing Jalar Gemilang sucks?
Kudos to YB Tian Chua, who is the Info Chief of PKR, who responded to my twitter to him:

Was it the toddy talking, then?
The Mole was widely-quoted in the MSM (see screenshots) and on cyberspace.We hope to get an official Pakatan response and if the coalition (or DAP) plans to take any action against Mano. I think re-education is best, and maybe a rehab course, but I'm just thinking aloud. 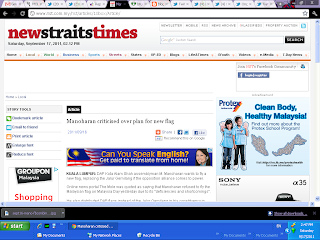 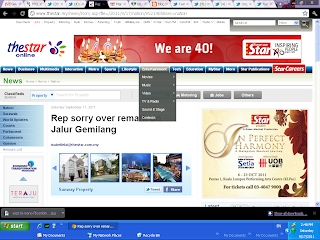 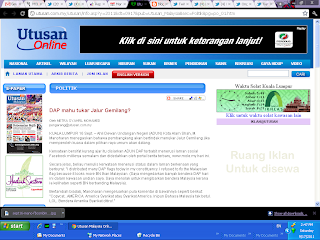 Thank you to @dhanyraam of Penang for alerting The Mole.
at September 17, 2011