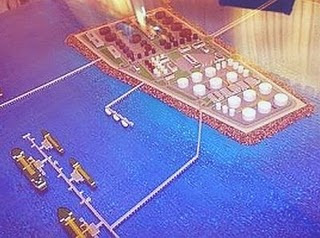 The late Captain Yusof, who ran the blog The Ancient Mariner, never claimed to be a prophet but his posting Another PKFZ In the Making now feels like an epic Nostradamus prediction. The shit has hit the fan down south. The Singapore Business Times reported on Wednesday (read here) that Asian Petroleum Hub Sdn Bhd, which runs the RM1.4 billion Asian Petroluem Hub (APH) in Johor, has fallen under receivership. A trail of sub contractors are facing bankruptcy and if some RM 2 billion is not pumped into the project, at least two state-linked public listed banks will be forced to make hundreds of million ringgit in writedowns.
If they had listened to the Captain and  taken action then, perhaps today APH won't be facing a complete nervous breakdown and Malaysia wouldn't be a laughing stock in Singapore.