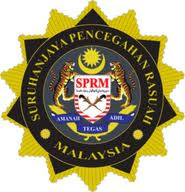 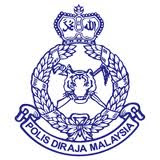 The sometimes rocky road the PDRM and MACC tread. The good news is, crime rate is significantly down. According to Idris Jala, who was hailed by the Opposition for his honesty in predicting the country could go bankrupt by 2019, the OVERALL crime rate in the country dropped by 36.9 per cent! Street crimes alone declined by 14.2 per cent. Don't you feel it safer already?

Now, the bad news is there's concern of a renewed turf war between our cops and our anti-corruption commission. The outgoing IGP, Tan Sri Musa Hassan, has taken pains to bridge the relationship between the two agencies, marred in the past by investigations and counter-investigations into each other's officers. The latest probe into 4 top officers from MACC, some say, could be a deliberate test for incoming IGP Ismail Omar. 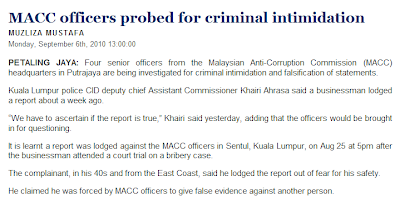 In any case, kudos to the police and Musa Hassan for the growing success in combating crime. If those "third parties" - which include people from the Home Ministry, according to the outgoing IGP - hadn't interfered with police ops, the success rate could have been even better. Read Outgoing IGP takes swipe at third party interference by Bernama yesterday. And Bujai's less discreet Musa Hassan blasts KDN.

Let's hope there's no basis for fear and that Hishammuddin Hussein is, indeed, the best man for the job at KDN.

wan najmudin - special officer of hisham is the third party! giving orders to CPO, OCS, OCPD like he's the boss...using the Menteri name...

this guy is dangerous....

"hope there's no basis for fear and that Hishammuddin Hussein is, indeed, the best man for the job at KDN."

Do I sense a little cynicism in that? Surely you cannot honestly believe Hishamuddin is good for anything!!

Are you saying, MACC or the PDRM is suppose not to investigate officers of each other, regardless of allege wrong doing or corruption?
Are you indirectly encouraging "hands off" policy? That be the case, are you encouraging cover ups and wrongdoings?

I have met very intelligent and able police ofiicers who after 30 years in the force are still a dsp or a supt and this used to make me wonder why these guys were never elevated.Here we have the reason as a retired person can be extended for years.

According to the outgoing KPN, ada duri dalam daging in PDRM.

According to former KPN Tun Hanif Omar in his Column in The Star in 2008, ada taik dalam pejabat PDRM. He quoted his golfing partner, a Director in then ACA, saying that about 40% of the officers in Bukit Aman could be arrested just on grounds of living beyond their means.

Now it is said got interference from here, there and everywhere. Sure, they want to interfere. Bloody hell, just tell them off like the murdered IGP Tan Sri A Rahman told even Cabinet Ministers off and threatened them arrest if they were to act funny.

And get rid of bad apples in the force. If they come to a show down, can the Govt not call the Military to help the good cops run patrols, manage traffic, etc? Prepare contingency plans la. In the event such things happen when you want to take tough action to control the force.

And whatever happened to the IPCMC? Najib also no balls like Tun Dol? Keep the matter in deep freezer forever?

Come on, la. Mr Prime Minister. It's high time. I fully support Jebat Must Die and his open letter.

Fat hope. Things will get worse.

why you ought to take dig at Jala. leave him alone to do his job. there is no problem of being honest. look at his analysis & assessment - great feedback to BNM & Treasury to respond

Feel Safer? Do you?

I hope there is a fight between PDRM and MACC. This is good. It will keep them in tension and good for performance.

Yes, name the third parties and retire with a bang Tan Sri.

Najib claimed Hishamuddin did a good job in a closed door meeting.

Stop play old feudel politics of helping your incompetent cousin in this age of openness, and freedom.

So out of fashion la Jib.

What next? Robberies as 'flooding'? Snatch thefts as 'tripping'? But then again we have suspicious falls from tall buildings classified as suicide and blown-up foreigners classified as...?

When you can't fix the problem, call it something else lah...

Mudin is just playing his cousin's tune. In the process, many down the line either don't understand 1Malaysia, or disagree and give lip service. Many get confused and don't understand what 1Malaysia is all about when Najib appears paying more attention on Chinese interests, sidelining Malay interests. He probably takes the Malays for granted, that's why Perkasa etc voiced out.

Hundreds of possible sedition cases have not been acted upon, Mudin's Special Officer probably telling one CPO here, another OCPD there to do or not to do this or that.

Najib is making so many people frus. Some have already said he's even worse than Tun Dol. He really has to sit back, ponder hard, and change strategy or course. Otherwise, UMNO should change him.

If there was interference, Musa should have retired in protest. But he did not. If there was interference, Musa should not have accepted his previous, extensions. But he did. Now there is no more an additional extension, Musa is singing the interference song. Too bad for Musa, he doesnt have the charisma or stature of Hanif Omar, for Malaysians to rally around him. Musa is yesterday's man, though he can look forward to a life of solitaire, as Malaysia's new ambasador to either Brunei or Thailand. Why the powers to be is desiourous for Musa to be outside of Malaysia, only they know, though the rakyat have their unsubstantiated opinion.

Really crime is down? Are you sure? Who told you? I don't think so, is only down because they pay people like Latuk Rocky to write it!

WE are THE BOSS.

The most significant contribution to-date by Menteri Amaran Keras - appointment of new CPO with the courtesy or respect of informing the retiring present CPO.


I think one day this Menteri Amaran Sekeras2nya will kena the same way he did to Musa Hassan.

Now I'm beginning to wonder why Big Guns win cases on appeal against Corruption charges. Maybe the Third Parties do exist and someone somewhere is giving strict orders, Mafia Style. At the end of the day, the winner goes to the ever popular words "a prima facie case"

Oh God, I pray for nothing but only the TRUTH.

Heard the underworld had big celebration on hearing Musa retirement.

my personal opinion.....
Musa Hassan is among the worst ever malaysian IGP...next to Rahim Noor..
His advice on the treatment of street protest lead to the downfall of Pak Lah with latter remark the protesters "jangan cabar saya"...but see "siapa yg terduduk'...every politian should be reminded of people power...

Hishamudin.... his never be good for a ministerial post..he's lucky just because he's the son of ex premier and a cousin of current premier

In Sun today, someone wanted to whack Musa and said the crime went up under his leadership. So typical - up or down nobody can say. But as a citizen, I sure feel its not only gone up but the criinals are more brazen and violent. More Safe? Joke of the year!

Do the honourable thing...

Is anyone suggesting that if a report is lodged against an MACC officer and aninvestigation is commenced by the Police ( and vice versa ), then this is deemed to be a turf war?

So what do u do if a Police officer or an MACC officer is reported to have committed a crime? Close one eye and shut the other?


For the love of God and this country, when will you all ever grow up...is it any wonder that investors are now looking at our neighbours and shunning us like the plague?