A study in contrast with Lehman Brothers' Richard Fuld by The Edge, here.
A case for the government to set up a financial/corporate mystery inquiry committee to find out the truth?


UPDATED 12.30am 4/9/2010:
Halim's revelation of Nor Mohamed Yakcop's "sin" against him and Renong opens a Pandora's Box as A Voice unleashes other sins in Feeding Burung Kanari out of protected birdcage.

The Malaysian Insider, which is said to be backed by people close to NMY aka Top Cat, fires back on behalf of the Minsiter in the Prime Minister's Department in Halim Saad opens up to soften ground for UEM, Plus?

Don't ask me how I know, but I know that's not the case but TMI's spin is interesting, nonetheless, if you consider that the very ambitious Asas Serba proposal to buy out the toll concessionaires, which was linked to Halim Saad, had been rejected by Nor Mohamed Yakcob even before the proposal had been seen by his bosses. Read my Oct 2009 posting How to Preempt Your Boss.


“In no uncertain terms are you to continue with your proposed GO or proceed with the put option.” - Nor Mohamed Yakcob aka Top Cat to Halim Saad sometime in 2001 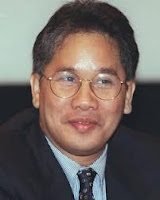 Nearly 10 years later, Halim Saad tells us of what, or rather who, created the one of Malaysia's biggest corporate scandals that has since been credited to him time and time again. "I'm sick and tired of it,' he told some people over post-terawih coffee several nights before the NST came out with this EXCLUSIVE interview.
The question on many people's minds is, Will Halim stop there or will he tell ALL?