10.36 pm: Pakatan 2 BN 1. Muhyiddin has just congratulated Nizar Jamaluddin, who won the Bukit Gantang parliamentary seat with a 2,789-majority. "We have a good candidate (Ismail Saffian) but it wasn't enough," he told a press conference at the media centre in Kamunting here.

Meanwhile, according to Malaysiakini, Nizar will request for the dissolution of the Perak Assembly to enable fresh elections in the state. He said his victory in Bukit Gantang sends a very strong message to the federal government that Malaysians want real democracy.

In a phone interview with KiniTV at about 9pm, I said that BN components Malaysian Chinese Association and Gerakan would need to do a lot of soul searching. If Bukit Gantang is any indication, the Chinese have all but rejected them!

The same set of stats shows that the Malay voters who polled for BN had actually increased.

6.15pm: Follow the three by-elections LIVE via NST here. You can leave comments there too!

6pm: You'll be getting conflicting reports about who's leading and who's trailing. Counting started at 530pm for Bukit Gantang and I've already got two reports based on exit poll. The first said BN will lose by 1,500 votes at least and the second said Pakatan will lose by 2000. Deja vu.

We're on our way to Bukit Gantang from Ipoh. 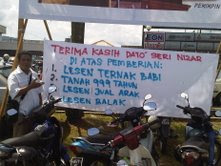 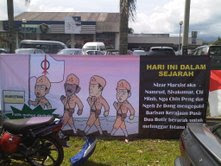 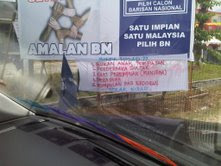 Opponents or Enemies? The voters in Bukit Gantang - and Bukit Selembau and Batang Ai - will decide who they want as the reps by day's end. Whoever wins, I hope we'll put an end to dirty poster wars such as the above which we saw in Gantang. Sure, we need to win but, if I may quote the new PM at the MPI awards last night, "opponents need not be enemies".

We need to deal with by-elections and elections in a more matured, friendly manner.

We should be able to sit down with our opponents. 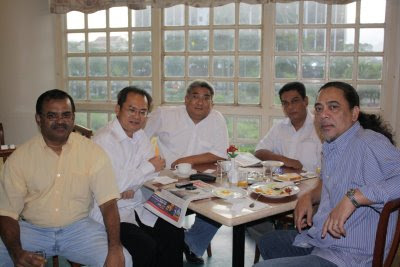 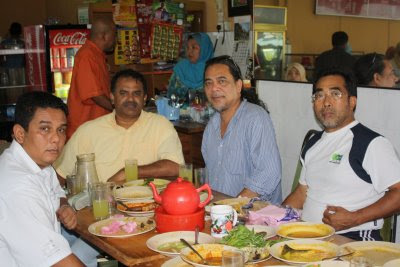