Rock legend to take part in Let Gaza Live nite. Sweet Charity lead singer Ramli Sarip, 57, is to lend his voice to an initiative by Malaysians against Israel's atrocities in Gaza. This could take place early Feb. 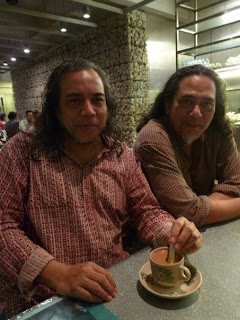 I was at Chawan in Bangsar last night in my personal capacity on the invitation of Pahit Manis [who was part of the Barisan Bertindak Bosnia movement when he was an NST editor in the 90s] but I think All-Blogs would want to be part of this initiative. I have been a fan of the Papa Rock for decades and Sweet Charity celebrates its 40th year in 2009.