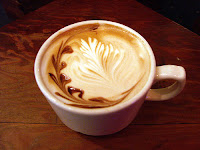 Got any azam Muharram? I have. My new year's resolution is to launch an e-magazine in 1430H/2009M. The portal will ride on Rocky's Bru. but will stand on its own.

I had wanted to do it in 2008 but things weren't going the way they should.

More details on this new Bru a little later.

Good for you, mate! Hope to check out that e-mag as and when it comes up. Hope it gets as much (good) attention as Rocky's Bru.

May everything that we wish for will be granted by HIM and may our life be blessed.

Congrats Dude! Another political e-mag? or you gonna have monthly pin-ups to appease the Gods of Commercialism? :P

you can count on me for scoops!

So what so great Maal Hijrah celebration in Malaysia,,,!!!

Happy new year 1430 hijrah...Hijrah your thinking for a better Ummah in Malaysia..

salam bro..salam maal hijrah..if you need any support, pls count me in.

OooOOOo.... Can I contribute??

Delighted to hear of your proposed venture, bro and May Allah make it a reality. Looking forward to it.

AA!
The Winter Solstice is considered
one of the most powerful times of the year by many cultures around the world.
In the Northern Hemisphere this celestial event
usually occurs on December 21st.
The timing of the solstice this year was
Sunday, December 21, at 7:04 a.m. EST,
4:04 a.m. PST, or 12:04 p.m. Universal Time.

The Winter Solstice is the longest night of the year,
and it heralds the initial impulse of the annual return of
the Sun, the Light, to the Earth.
This year the spiritual effects of the solstice
will be more powerful than ever before.
This is due to the incredible influx of Light
that is pouring into the planet through
the heartfelt pleas of people everywhere.

Humanity is experiencing the most intensified
purging of the economic system,
the various other social structures that do not
operate with a consciousness of the highest good
for all concerned, that we have ever endured.
This is a necessary cleansing that is paving the way for the physical manifestation of the patterns of perfection for the New Earth.
The difficult part of this process is that
the masses of Humanity do not see the bigger picture.
Millions of people see only the painful situations
that are happening in their lives.
As a result of this limited perception,
they feel overwhelmed and hopeless.
This is very hard to observe, but it is not all bad.

We became so numb to the discord in our lives
that we just muddled through our Earthly experiences
accepting mediocrity as a natural state of being.
We fell into the terrible habit of using pain as our motivator.
Unless we were writhing in agony,
we did not feel that it would help to take action or
to ask for assistance from our Father-Mother God.
For millions of people on Earth,
prayer and an invocation for Light from
The Divine occurs only
when they are brought to their knees by their life situations.
This is exactly what is happening at this time
for millions of people all over the world.

The Universe is revealing to us
now that more people than ever before
are reaching a critical moment in their life experiences.
Beginning with August 98, when we were BLACKEYED,
We, Malaysians experienced a roller coaster EVOLUTION/RENAISSANCE,
Which completed its cycle March 08.

Consequently, millions of people are asking Divine Intervention.
Many of them are praying for the very first time.
This powerful event,
has created the greatest influx of Light
the Earth has ever experienced during a Winter Solstice.
This Heavenly assistance will greatly empower
the patterns of perfection for the New Earth,
and it will accelerate
our individual hopes and dreams by leaps and bounds.

This event will pave the way for a Victorious New Year.
2009 is going to be a year of miraculous changes.
These changes have been in the works for quite some time,
and now we are going to experience them tangibly in the world of form.
These changes will not happen by chance.
They will occur through the unified efforts of all of us
There are a lot of dire predictions regarding the global economy
and the challenges Humanity is going through,
but we are not the victims of circumstance.
We are the co-creators of our Earthly experiences.
If we do not like the way things are going in our lives,
we have the ability to change our circumstances.
This is what we have been preparing for aeons to accomplish,
and now is the time.

“We are the ones we have been waiting for.”

2009 numerically is an 11 year.
Eleven is the master number that reflects
the transformation of the physical into the Divine.
The archetypes for the patterns of perfection for
the New Earth were securely anchored
into the physical plane in August 2008.
In 2009, through our creative faculties of
thought and feeling,
we will expand these patterns into our daily experiences.

The purging and cleansing of the obsolete behavior patterns
that have caused the maladies existing in Humanity’s lives will continue.
But the wonderful news is,
as these old archetypes crumble away,
the expansion of the patterns of perfection
for the New Earth will begin to manifest in ways
that will bring joy, fulfillment and great expectations
into the hearts and minds of people everywhere.

There is a new sense of hope flooding
through the hearts of people all over this Land/Bumi
Humanity’s hope is magnetizing Legions of Light
from the Realms of Perfection
into the atmosphere of Earth
in ways we have never experienced.
The Divine Intent of these Messengers of The Divine
is to assist Malaysians to move quickly
through the cleansing process
so that the bliss of the New Earth will manifest
in the twinkling of an eye.

2009 is going to be whatever we co-create together.
Do not let this opportunity pass you by.

Rocky
May your new venture be at least as popular and successful as the original Bru. All the best and can't wait for the e-mag.

Anonymous said...
This comment has been removed by a blog administrator.
10:19 am

My first ever blog posting !

My azam is to QUIT smoking permanently. Very hard indeed.

Rocky,
There's no need to give any more thought about not being able to launch it in 2008. If it's not ready, not the best time to go prime time yet, just let it be.

"Dates" and "Years" shouldn't be of much concern - what it gives to readers and the satisfaction received by publishing it is all that really matters. I hope you'll achieve that.

BTW I keep thinking about the "Azam Muharram" you posed at Facebook a couple of days ago. I'm going to make just one; for now - Deal with the habit of procrastinating.

Ah, THIS is the root of it - I don't really know what I want!... shooting, but don't even know WHY and AT WHAT Okay, have to deal with these first. And only then can there be any Azam Muharam.

My azam to stop my heavy smoking is now on track. At least for the last 7 days and counting. Thanks to a bout of flu and sinus that takes the 'gian' away for the time being.
Now for my other azam... to reduce my other 'gian'... surfing sopo blogs.
Had it been as harmful as my heavy smoking??
Well what with friends who said Ive become more tense lately.More racial.More stereotyped for not bothering anymore who is leading the EPL , but can give an analysis on the sept. 16 fiasco or KJ-MM contest at teh tarik sessions.
So before things get more critical I guess I better stop or at least reduce this.
But like trying to stop smoking, I know its not going to be easy...hehehe
Salam Maal Hijrah Bru.

Salam Maal Hijrah in return. One sole azam of mine would be to cut on spending, whatever it might be on.

Best of luck with the e-mag! And thanks, I had no idea you got my blog address spelling exactly right.

Azam and rosolutions are similar.

I have made countless azams and resolutions over the years and none of them seem to be achieved.

Perhaps I should resolve to resolve all past resolutions before making a new one.

Salam Maal Hijrah to u and all bloggers (tak kire muslim and non-muslim).

bro, the 2009 economy prediction is very scary. I heard a lot of workers especially in the industrial area will loss the job.

May Allah help us.

Congratss! but another political e-mag????? Hahahaha i hope bukan "e-ohbulan".....apa apa pun wishing you All the best !!!!