“It is the understanding and agreement under the social contract that enables the country to be successful, harmonious and stable." - Raja Azlan

The Perak Ruler said that although Malaysia is a multiracial country, it is still based on the history, political evolution and spirit of Malay nationalism. He stressed that the Malays need an assurance that their status, as enshrined in the Federal Constitution, is not threatened while the rights of other races are protected. 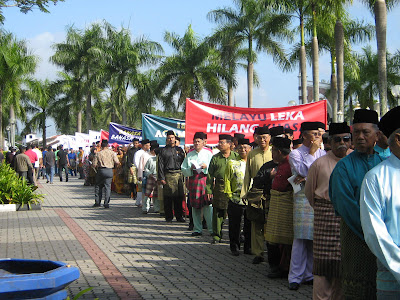 More than a thousand people marched to the Istana Kuala Kangsar to submit a memorandum to Sultan Azlan. The gathering was organised by Malay groups in Perak, Selangor and KL.

I'd take it as a gentle reminder following the Conference of Rulers' special statement on the social contract here.