The NUR dispute - Still waiting for that light at the end of a long, dark tunnel.
When Abdullah Ahmad Badawi became Prime Minister in 2003, the Northern Utility Resources dispute was already a tired issue that should have been resolved earlier. In September 2004, the PM wrote to TNB saying that the government agreed with the valuation done by an accounting firm.

The shareholders of NUR regarded the letter as a "directive" to TNB.

Did someone at TNB or Khazanah defy the PM's "directive"? 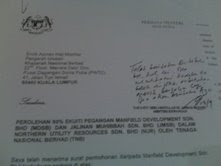 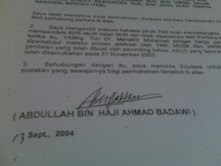 The NUR-TNB dispute, already a decade old today, continues to add new players as the company is placed under receivership and the shareholders fight to stay in the game.