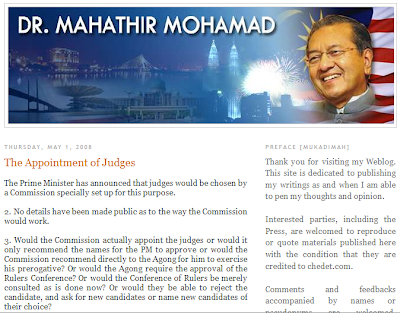 Check him out at www.chedet.com
His first posting is on the Appointment of Judges, a subject close to Malaysia' s heart.
Blogosphere will never be the same again.