Justice for Altantuya and BUM2008

Let's Send Altantuya's murderers to hell, Raja Petra Kamaruddin's latest posting in No Holds Barred, his blog in Malaysia Today, is a disturbing read worthy of Le Carre. Like Din in the posting and Pete 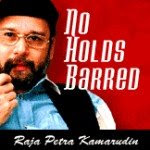 himself, I am a daddy. I have two daughters and I want whoever that killed Altantuya to go to the gallows, and to suffer like hell before they die. I say yes to RPK's "Justice for Altantuya" campaign.

But I'm disturbed by some of the "whispers" in RPK's posting. About the gruesome "dumpsite" (what one blogger described as the "police's killing field") where the C4-ed Altantuya was found. Before anyone accuses RPK of hallucination, do take note that he is also quoting from an affidavit related to the case, not just from the whispers he's heard.

the Altantuya's case (in ways other than the fact that Razak Baginda was a close aide of his). Three individuals, Razak included, have been charged in the murder case. Najib, the DPM, isn't one of them. So why do we still put him in the dock? Or why isn't he in the dock?

Want to talk about "Justice for Altantuya"? Come to Bum2008 where RPK has agreed to be a speaker. Nothing like hearing it from the man himself and discussing your own views with him.

You need to register for the event by 5 pm today. 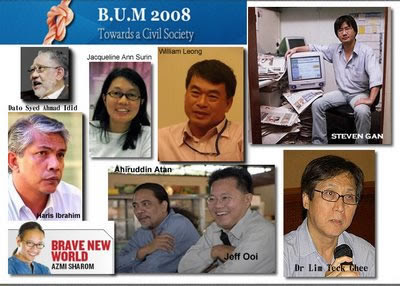