Umno-PKR, why not? As long as it’s not the devil

Updated: An advisor to the Umno president hints at an Umno-PKR collaboration happening AFTER, not before, GE15. Read What I expect from Zahid's speech 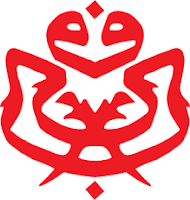 KL, 27 March: Annuar Musa sure knows how to put his own party president Ahmad Zahid Hamidi in a spot. And the seasoned Kelantanese politician does it with amazing regularity these days. Latest, he matter-of-factly urged his boss to use the Umno general assembly, which starts today, to explain the Umno-PKR cooperation, a subject that has raised lots of questions about the president as well as former president and ex-PM Najib Razak's intentions.

"There have been speculations, questions and contradicting news repots (on the cooperation). Some say that the president discussed with PKR; some say there was a letter with signature supporting [PKR president} Anwar Ibrahim. Anwar was also reported as saying that there were discussions, but not cooperation. PKR sec-gen Saifudin Nasution Ismail said they were just normal meetings." - Annuar Musa, speaking to reporters after an event graced by Prime Minister Muhyiddin Yassin today.

People tend to think that Annuar Musa is doing this because he has little to lose, especially after he had lost his secretary-general post in Barisan Nasional in January for his regular taunts aimed at the president. But I believe Annuar is simply asking Zahid to come clean: if Umno is to work with Anwar Ibrahim's PKR, the party must be allowed to decide; it cannot be left to individuals within Umno, not even Zahid or former president and PM Najib Razak,

And I think he's right. If the General Assembly decides tomorrow to formally end Umno's ties with PM Muhyiddin Yasin's ruling Bersatu, it will need a winning path from now until the general election, which must happen by 2023, or die.

Zahid's people fear that coming clean on the PKR matter could cost him the presidency at Umno elections in August (and the more suspicious ones suspect that Annuar Musa is eying for Zahid's seat because he has nothing to lose). But if Zahid and the immensely popular Najib both think that PKR and Anwar Ibrahim are the way to go, they really should just explain why. If Mahathir Mohamad's worst enemies could be persuaded to accept the Tun as PM for the second time in 2018, how hard would it be to cajole Umno into working with Anwar Ibrahim?

No permanent friends or foes in politics, remember? In Ku Li's words, Umno may work with anyone ...  anyone but the Devil.