Foundation for jobless journalists: How about you (also) help us end the long, long wait for a Malaysian Media Council before that? 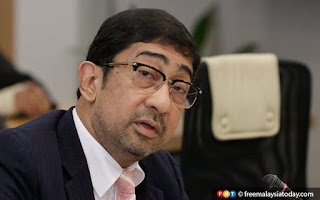 I am 100 per cent with the Malaysian Press Institute in lauding Communications and Multimedia Deputy Minister Zahidi Zainul Abidin's suggestion on a new foundation to help media industry practitioners who have lost their jobs. It's okay if the initiative came a little late in the game. Better late than never, as the cliché goes.

But we the media are so aware of the late and the never. Oh yes we are. Take for example the proposal to set up the Malaysian Media Council, or Press Council when it was mooted. Zahidi's ministry has been sitting on this for at least 40 years now!  Many of the original champions of the MMC (or Press Council when it was first mooted) have retired or died. When Gobind Singh was made Comms and Multimedia Minister under PH rule, the Cabinet agreed to the setting up of the MMC and the ministry helped journalists to come together and rework the MMC idea to suit the dawn of a new era. A protem committee was set up, of which I was a small part, and a comprehensive final report submitted after months of deliberation. Then came another change of government. Gobind's successor Saifuddin Abdullah, we believe, has gone through the report. He couldn't have been too busy. In fact, I believe Saifuddin would have tabled the MMC bill in Parliament if not for the Darurat that was declared last January that prohibited Parliament to be in session until August.

So, yes, I support Zahidi's idea to set up a foundation for journalists who lost their jobs during the Covid-19. You'll never know when the next pandemic will hit us.