Former Attorney-General Tommy Thomas sure knows how to sell himself. The extensive media coverage previewing his book My Story: Justice in the Wilderness has quickly made it a bestseller. Juicy stuff sell, this is Malaysia. As the former Law Minister Zaid Ibrahim tweeted: "Although my tenure as Minister was short, I too had some juicy stuff to tell. But I thought my oath of office would prevent me from disclosing them. I should have consulted Tommy and make some money".

But money can't buy Tommy Thomas respect. Initial praise for his book has quickly turned into brickbat. The former AG's attempt to tell on others has exposed himself - and his friends - wide open, instead.

"In his book, written with the help of several politicians including DAP's Liew Ching Tong and Syahredzan Johan, as well as former Bersih chairman Ambiga Sreenevasan and businessman Kalimullah Hassan of ECM Libra Group, Thomas admitted to having eyed the top legal post since 2013, during an election year which the opposition did not win." - We won't stoop to your level, lawyer tells Thomas off over "secret ambition" to become AG

Lawyers and ex-lawyers are yelling insults at him.  "We are not dishonorable like he is .. this is the man who has admitted to having the desire in his small mind of becoming the AG (since 2013)," said Tun Dr Mahathir Mohamad's lawyer Haniff Kathri Abdula.

Another outspoken, hot-shot lawyer, has this to say about TT:

The revelations in Tommy Thomas' book of his discussions with and advices given to the Prime Minister, the YDPA and the Majlis Raja-Raja and other government officials are highly improper. Under Act 145 of the Federal Constitution, he is the principal adviser to the government. He is reposed with confidentiality. He has breached that confidentiality by exposing publicly in a book which is self-serving, for commercial and pecuniary benefit. How low can that be?

These are matters made known to him by virtue of his position in such high office. It may be entertaining. Of course, it will be. But at what price, of the dignity of the position he holds and more importantly - what does it say about him as a lawyer and the damage done to our nation whereas there are pending cases which may be prejudiced by his indiscretion?

More importantly, TT has breached his oath of office on secrecy. He has breached Section 8 and can be arrested under the Official Secrets Act.

He has also committed an offence under Section 203A Penal Code as the information disclosed in the book was obtained by TT in the performance of his duties or in the exercise of his functions as AG under the law.

What is most glaring is his own admission that he had coveted the post of AG since GE13 and had struck a bargain with the DAP/PH leaders to be made AG when come to power. That brings into question his decision to discontinue the prosecution in the LTTE cases and the corruption cases against Lim Guan Eng.

Ah, yes, that name. Reminding myself how Mahathir Mohamad, the Prime Minister then, was shocked that the MACC was shocked over Guan Eng's acquittal ... Rule of law, konon.

I haven't read TT's book but I guess the reason why he needed to write it was to clear his name and rebuild his reputation, so disparaged they were by the events of the brief rule of Pakatan Harapan under Dr Mahathir. So far, judging by the reviews and the response from readers, especially his peers, Tommy Thomas has failed again. Perhaps more miserably than before. 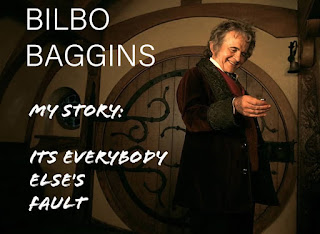