"So, you think PH didn't steal and was not corrupt" 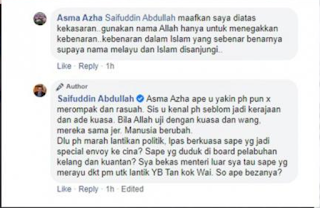 Who lobbied for DAP chairman to be special envoy to China?

3 Ramadan 1441: It was just a line from an FB response to a reader by the Communications and Multimedia Minister but Malaysiakini did well to catch it [Saifuddin ulas netizen: Adakah kamu yakin PH tak rompak?] and now wants Saifuddin Abdullah to clarify. If you ask me, the Minister should go into all the gory details, not just on who the hell lobbied for DAP chairman Tan Kok Wai to be made special envoy to China in 2018 despite Pakatan Harapan's promise to voters during the GE14 about political appointments (and did it behind his - the Foreign Minister's - back, too!), but on other corrupt practices and thievery, as well. 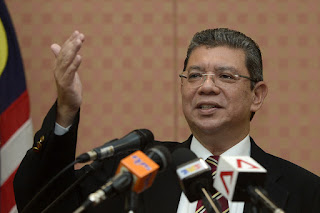 But if Saifuddin won't, we'd understand. He was part of that PH government that he helped topple. 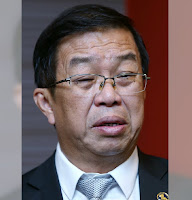 “If he (Saifuddin) doesn’t know, he can clarify with the PM or with me. I’m just a phone call away. I forgive his (Saifuddin’s) innocence. I hope he can do the appropriate clarification.” - Tan Kok Wai