5G's "single entity": Who will own it, ultimately?


And is it another word for monopoly?
KL, 06 Jan 2020: Late in the evening, 31 Dec 2019, as most people were preparing to go out and celebrate the New Year, our guys at the MCMC were working overtime to rush out a press release on the Final report on the allocation of spectrum bands for Mobile Broadband Service in Malaysia. But not everybody appreciated the hard work. "Sneaky,' a journalist told me, "for MCMC to issue such a crucial statement on New Year's eve when everybody was in holiday and party mood." Well, some journalists are more suspicious and cynical than others ...

But a single sentence in the release does stick out like a sore thumb:

The 700 MHz and 3.5 GHz bands are being considered for allocation to a single entity comprising a consortium formed by multiple licensees, instead of individual licensees. 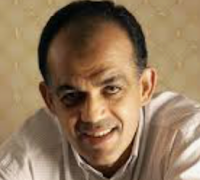 Is "single entity" another name for monopoly?

The talk I'm hearing is that the proposal had come from monopoly service provider Telekom Malaysia and Altel, the outfit that belongs to tycoon Syed Mokhtar Al-Bukhary.

The other industry players were (still are) dead against it.

On Jan 3, after everyone had come back from the holidays, the Star reported Mixed views on 5G plan. That's a nice way of saying the industry players are NOT in agreement with the MCMC. In fact, last year these players had submitted an "industry proposal" to the MCMC chairman opposing the creation of a single entity. There was a consensus on the matter.

Well, to be fair to the MCMC, it did say the bands" are being considered for allocation to a single entity...", which means there's still room for a change of heart. Or is there? Industry players have been peeved that despite the earlier said consensus, TM had been going around for months giving broad hints about who will lead the country's 5G rollout [read here and here]

The MCMC chairman is scheduled today to have one-on-one meetings with the CEOs of the industry players - Maxis, Celcom, U-Mobile, Digi, TM (webe) and YTL (Yes4G) - on the single entity and allocation of spectrum bands. It will be a long day.