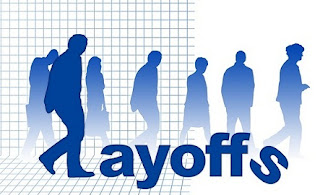 KL, 111119: No news is good news, as the old saying goes, but news of no job cuts is damn good. For we are bound to read about more layoffs and retrenchments in weeks and months to come not only for us journalists but for others, too, in government as well as the private sector. Things are so bad even the Human Resources Minsiter has finally snapped out of his denial syndrome as he admitted last week that there will. be more layoffs in the private sector this year.

The media industry used to be quite immune to retrenchments or layoffs. Digital tech has seen to it that this is no longer the case. The closure of several news portals the last couple of years and two old dailies this year has resulted in thousands of what used to be secured employment. More will lose their jobs as revenues for media companies continue to fall. In this context, Gobind's assurance that there will be no job cuts in Bernama and RTM for now is good news, indeed. The Minister was careful not to make promises (note his liberal use of for now and not yet when making this point) but we shall take whatever good news we get, for now.

What's important is to get the safety nets ready for those who have just lost or are about to lose their jobs. Media Prima, for example, is throwing in "career counselling" for the next batch of employees who will be laid off soon. But more needs to be done. YB Kula told Parliament last week there are some 640,000 jobs for grab, 150,000 of them created during the first nine months of this year alone. Now that's terribly, terribly good news, really.

If only Kula can share the jobs-to-fill data with members of the public, trade unions and the Malaysian Employers Federation. Companies that are forced to lay off their workers can help those workers seek quick - even immediate - reemployment with Kula's help.

Read also
Difference between layoff and retrenchment
30k jobs to be lost this year, said MEF in Feb 2019