From estate to Cabinet to this!


Puchong, 231010: Trade union leaders are calling M. Kula Segaran names that I don't have the wish to repeat on this blog. Suffice to say that if what the Human Resources Minister really wants is to make enemies out of these hardened fighters for workers' rights, some of whom have worked the estates when Kula was still in school, he's got it coming alright. 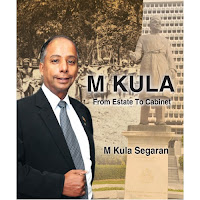 The war of words have already begun. In recent days, the Malaysian Trades Union Congress (MTUC) leaders have openly slammed the first-time Cabinet minister for not consulting them on the amendments to the Industrial Relations Act (Kula arrogant, says MTUC) and, latest, for unilaterally deciding to tap into a national workers' contingency fund to build a colossal facility in - of all places - his own constituency! "Kula has been more than just a big disappointment. He's been very uncooperative ... he acts like a dictator," a veteran trade union leader told me.

I've never dealt with Kula  personally, so I can't say if he's arrogant or just green. He has bad advisors, we were told. But his decision recently to get the HRDF under his ministry to initiate frivolous lawsuits against journalists M. Krishnamoorthy and Veera Pandiyan suggests, to me and many of us in the fraternity, bloody poor judgement on the Minister's part.