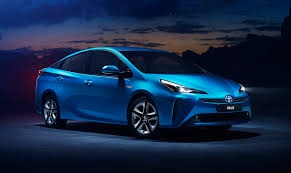 In this interview with FMT, Redzuan Yusof, the Minister in charge of the proposed Third National Car (TNC) project, sheds a little more light on the mysterious project.
"It will be a hybrid based on the internal combustion engine ..",  he said.
For those of you who know nuts about the hybrid the minister was talking about, think Honda City Hybrid and Toyota Prius (pic above). Nice, kan? And I'm not being sarcastic; I will support any national project be it motorbike, bicycle or, as it happens in this case, car.
But Proton will aways be the national car for me and Malaysians from the same era. I'm not sure which age zone he comes from but the Minister, quite apparently, does not know as much as he thinks about Proton, especially the history of its vendors, and should have kept mum on it and focus, instead, on the TNC.
Like elaborate a little bit more on those investors who are said to be keen on the TNC project.


He said the ministry has attracted a lot of interest, with investors voicing their intent to come here because of existing infrastructure, talent and raw materials. He cited the rare earths processed for battery manufacturing at the Lynas Advanced Materials Plant in Kuantan, Pahang.

The bit on Lynas, though, makes me wonder.
Does Redzuan know that his own Cabinet colleague, the Environment Minister Yeo Bee Yin,  is so anti-Lynas?
So how?


The interview with FMT:

PUTRAJAYA (16 Jan 2018): When Dr Mahathir Mohamad set out to establish Proton in 1983 in his first stint as prime minister, the goal was to boost the country’s automotive industry and create a national car.
Yet now, despite decades of government support and bailouts, the carmaker has never lived up to its full potential. So it is unsurprising that Putrajaya’s plans to develop a new national car have raised concerns that this will be the “next Proton.”
Entrepreneur Development Minister Redzuan Yusof has dismissed such pessimism, claiming that the thinking behind the new project is very different this time.
“Proton was conceptualised as a car first, and then the vendors were developed and brought on board. The new national car will be all about enhancing the existing vendor capacity that is already there thanks to Proton,” he told FMT.
“The vendors who have been supporting Proton, have gone beyond what they were expected to do. We have original equipment manufacturers, including major suppliers to top car makers. Some of our manufacturers are now operating in other countries. Several carry out research and development for foreign car manufacturers.”
Essentially, Redzuan said, the new national car project is not merely about creating an automobile but taking advantage of existing talent and resources to create a catalyst for the development of an ecosystem in which entrepreneurs, businesses and industries can grow.
The minister added that the national car project will be the ideal catalyst for this due to the sheer amount of engineering skills and components needed, including structural, mechanical, electrical and electronic, and robotics and automation.
He insisted that engineering is one of the vital keys to Malaysia becoming a producing nation. Excelling in the automotive sector would be a stepping stone to higher-level manufacturing and engineering sectors like the aerospace industry.
He said the ministry has attracted a lot of interest, with investors voicing their intent to come here because of existing infrastructure, talent and raw materials. He cited the rare earths processed for battery manufacturing at the Lynas Advanced Materials Plant in Kuantan, Pahang.
“There are even large overseas corporations making inquiries to invest here because of the spinoffs we envisage from the new national car project.”
As for manpower, Redzuan said Malaysia produces a lot of talent, but without an appropriate ecosystem in which our best can flourish, they will leave to seek opportunities abroad.
As examples of this he cited a number of Malaysians excelling in foreign countries, from an Australia-based man who is among the top drone operators in the world, to a US-based electronics engineer who works for NASA.
“If we do not create an ecosystem here for them to excel in, we cannot become a developed nation. We have the talent and resources, we just don’t have the ecosystem.”
Redzuan, the Alor Gajah MP, also gave his assurance that no public funds would be used in the development of the project as it will be driven by a strategic private sector partner. He stressed that the grant his ministry applied for was for research and development to determine the type of car to be built.
“The government has no intention of the project being a drain on any public funds,” he said, adding that should the project fail, the government will not resort to a bail out.
Redzuan said his ministry has very strict criteria for its selection of a strategic partner for this project. The partner must be an established car manufacturer producing components for its supply chain and after-sales market. It must also conduct its own research and development.
He also said that unlike in the past where political interference negatively affected the running of certain companies, this will not happen with the new national car project.
So what will the new national car look like?
The minister said they are looking at a car for the mass market with a smaller more efficient engine. “It will be a hybrid based on the internal combustion engine, this will reduce risks where supply and demand are concerned.
“As for the design, we are now at the stage of trying to finalise the shape and form of the prototype, which will be revealed later this year, and all without us having spent a single sen.” - FMT