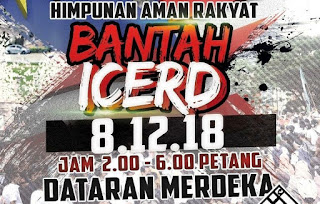 In spirit I walk with my fellow Malaysians today. They are, even as I write this, gathering in growing numbers to show appreciation of the Government for deciding NOT to ratify the UN's International Convention on the Elimination of All Forms of Discrimination (ICERD). 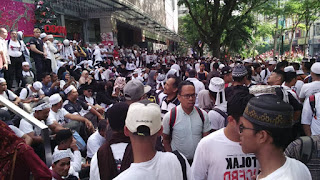 Thank you, especially, to Prime Minister Tun Dr Mahathir Mohamad for making the timely U-turn on the matter. It could not have been easy for him. But perhaps the good doctor realised how flawed this UN convention is in the context of our nation. Or perhaps he did not wish to risk the wrath of the "lazy" and "corruptible" Malays. Either way, it's one U-turn of his that gets my thumbs-up. 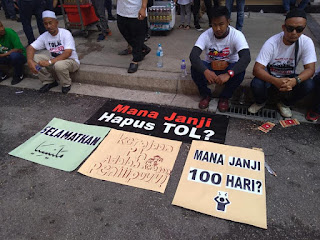 Lim Kit Siang says the ICERD episode shows that Malaysia has "a long way to go to accomplish our new goal of a new Malaysia, which is to make Malaysia a top world-class nation and not a divided and fractured one, warring against itself".

As if ratifying ICERD will make us a top world class nation tomorrow.

But, to be fair to him, the DAP leader also concedes that considering the multi-cultural nature of Malaysia, the country should not ratify the treaty as long as the majority of Malaysians do not want it.

As I see it, the reason why Dr Mahathir decided there was no need to ratify ICERD is simple: ICERD is flawed and will not do Malaysia any good. This country has been progressing well - certainly better than its neighbours including, in some departments, even Singapore - and the people have enjoyed peace and unity all this while (except for a brief period in 1969 which was sparked by politicians at the time, many of who are still alive and active today).

What we have ain't broke. Far from it. 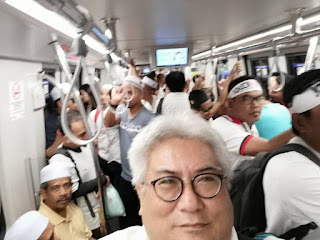 But threatening to "fix" the system - and the Malays/Bumiputeras - compelled the "lazy" race to come out in numbers today to show their displeasure. And if you didn't know, Melayus generally keep their word: when they've decided to do something, they don't backtrack. Pantang undur. So when Dr Mahathir decided on the U-turn, they gently turned a potentially angry demonstration into one big, gentle thanksgiving where they show their appreciation and say their doas.

Read also:
The illusion of power in post-Reformasi Malaysia by Tajuddin Rasdi
... Discrimination against Malay-Muslims by Mak Khuin Weng
Lynas, ICERD, and DAP by A Voice
Malaysian Opposition garners support with protest march by Straits Times Singapore
at December 08, 2018