Kuala Lumpur, 3 Jan, 2017
For once, I can agree with Akhbar Satar. In my previous posting, Will Isa ever "die" so Felda and FGV may live (Dec 30), I stressed that even Tun Dr Mahathir Mohamad did not do too well as Chairman of Proton.  That being the case, what hope do GLCs have when lesser politicians than the former Prime Minister are appointed as Chairman of their boards?

Putting a "professional" as Chairman of a GLC doesn't immediately guarantee success, though. We need the "right" professional, as Akhtar says. With the MACC in the picture, a lot of people - politicians and professionals - would be very happy to excuse themselves.

I have two names in my head for the job of Felda chairmanship IF incumbent Isa Samad, the former MB of Negri Sembilan, who was found guilty of practising money politics by his own party, decides to quit amid the current crisis.

One is Ismee Ismail, the Tabung Haji CEO for the fund's arguably most productive decade. 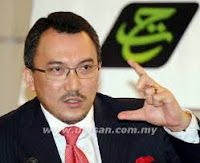 The other is Nazir Razak, the vocal little brother of PM Najib Razak. 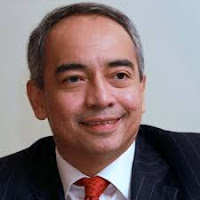 If you remember, there was (still is) some contention over the appointment of Nazir as CIMB chairman, where he had also served as CEO/Exec director from 2013 and before that as its Deputy Chairman. If he goes over to Felda, that contention will vanish one and for all. And he will have the opportunity to finally "save" Felda, a legacy of his late dad Tun Abdul Razak, Malaysia's second Prime Minister.

Plus, Nazir owes it to Felda. His bank was very much involved in the US$2 billion listing of FGV back in 2013 as an advisor.