It's business - and politics - as usual in Malaysia after the D.O.J.

Puchong, 26 July 2016:
I thought Bloomberg reported quite well the aftermath of the US Justice Department's take on the so-called 1MDB scandal via this article It's business as usual for Malaysian Prime Minister Najib Razak amid graft scandal. It has all the relevant facts of the matter, carries the views of analysts both pro and anti, and furnishes the bigger picture for Malaysia so that the reader can place things in perspective. The only thing missing, perhaps, is an agenda. The agenda. The crusade shared by the likes of The Sarawak Report against the Malaysian Prime Minister for alleged misdeeds, crime, graft etc that they have attributed to 1MDB.
The Bloomberg article doesn't make the picture look prettier than it really is. But it doesn't fabricate anything to make it look uglier than it already is, either.
It's what good, old journalism does. 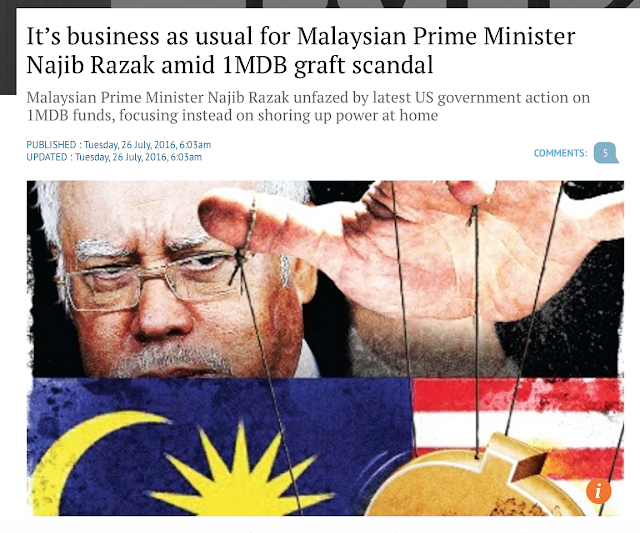 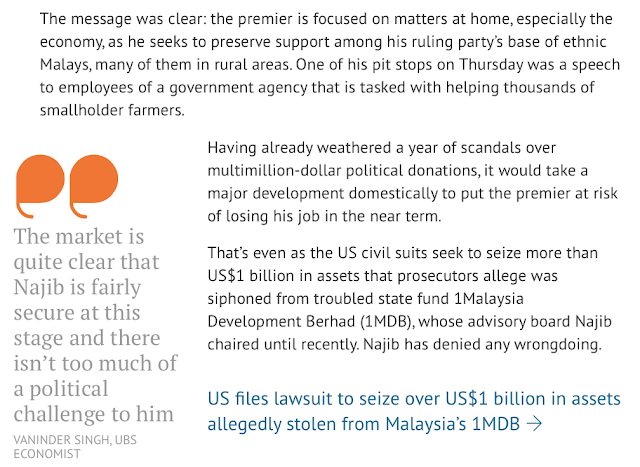