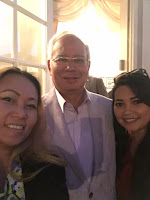 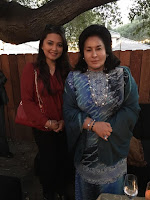 KL, 15 Feb 2016
Nobody had expected the Asean bloc (led by Malaysia), once an afterthought in American policy, to become a top priority for President Barack Obama. The US-Asean Summit taking place for the first time ever in American soil this week is proof of this. But it's not just about the TPPA or the China factor, it is also about good personal and diplomatic ties, not least between Obama and PM Najib Razak, who was the Asean Chair last year. 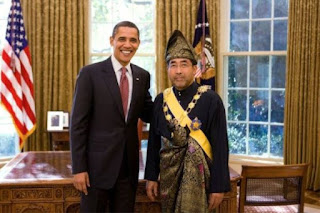 Malaysia can thank the late Jamaluddin Jarjis for that. During his brief tenure as the Malaysian Ambassador to the US (2009-2012), JJ worked at a furious pace to try and improve bilateral relationship not just between the two countries but also between Obama and Najib. For years, ties between Washington and Putrajaya have been lukewarm at best. After Lyndon B. Johnson's visit to Malaysia in Oct 1966, no American President had visited Malaysia until Obama's historic visit last November. The Americans were seen to be more sympathetic towards the Malaysian Opposition, especially after the sacking of Deputy PM Anwar Ibrahim, whose closeness with some American leaders were viewed suspiciously by the Mahahir Administration then. JJ was aggressive and creative as Ambassador - he even took Opposition politicians with him to the US as part of his plans to bring the two nations closer and to draw Washington's attention to the Asean bloc.

I hear that some progams initiated by JJ when he was our Special Envoy to the US may be discontinued and that some that he had planned for have never been implemented. That would be a real shame. Especially now that some of the American media are rediscovering Malaysia as a convenient punching bag. When JJ was killed in the helicopter crash in April last year, the US Embassy in KL lowered the American flag to half mast as homage to the man. We should be more appreciative of our own man.

Read before you comment:
LEAVE A NICKNAME, A MONIKER, A PEN NAME .. OR DON'T LEAVE A COMMENT AT ALL!
Better still, leave your own real name when leaving comments. What are you afraid of?
at February 15, 2016