Not everyone agreed with my choice of Prime Minister Najib Razak as Malaysian of the Year 2015. I had expected that, of course, but I think it would be harder to disagree with my choice for the Malaysian to Watch in 2016: Mr Arul Kanda. 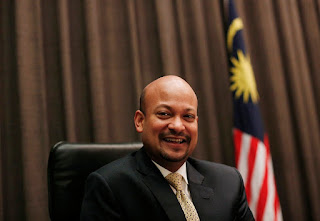 The 1MDB chief, who helped Najib successfully execute an ambitious rationalisation scheme to resolve the Government's strategic investment arm's debts in just 6 months [1MDB completes rational plan as promised], has a great deal more to do. It's not mission accomplished yet. Arul has got to turn 1MDB around in 2016 and he's go to do that under circumstances which are likely to be as hostile, if not even more so, than in 2015.

That brings me to my candidate for The Other Malaysian to Watch in 2016: YB Tony Pua. The DAP young gun, who sits on the bipartisan Public Accounts Committee (PAC) that is investigating 1MDB, is really going out of his way to be extra hostile towards Arul Kanda, prompting a fellow PAC member to tell Pua to "stop playing games".

Some bloggers suspect that Pua is "begging to be suspended" or even sacked from the PAC to win sympathy for his fight on 1MDB. As they say, desperate times calls for desperate measures. 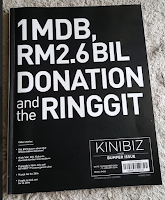 p.s
For the benefit of those who didn't get a copy of KiniBiz's Bumper Issue (15 Dec-11 Jan), Arul Kanda was top of their list of People To Watch in 2016.