People's power, this time in RED

"I treated people with respect and the respect was reciprocated." - journalist Jia Ning on her Facebook after covering the Marah Rally at Padang Merbok yesterday.


16/9/2015: I did not join the Red Shirt rally but I was hoping that their number wouldn't be too small as to be embarrassing. I certainly did not expect it to be huge. Not this huge. 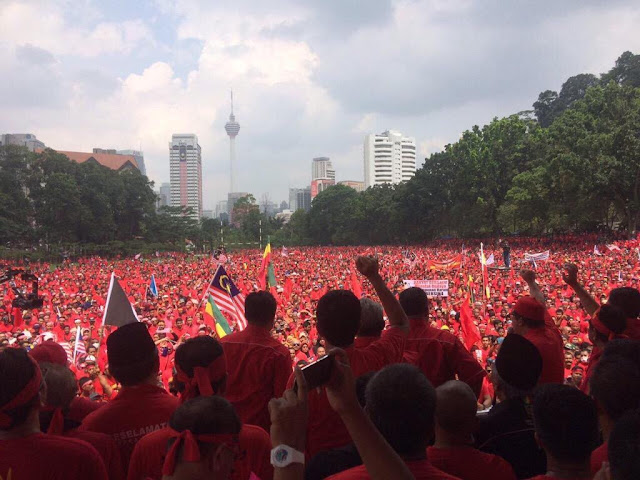 I told the Malaysian Digest, where these pictures came from, that "This is people's power, too." And yes, I'm sure Tun Dr Siti Hasmah Ali would have agreed. 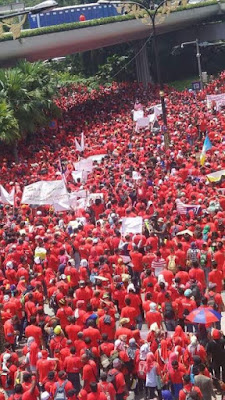 What does it prove?
That with enough dose of provocation, the Malays, who formed the majority of the Red Shirts today, will go out and march, too. If Bersih4, which was predominantly Chinese, can draw 50,000 people, the Red can bring as many if not more. If Yellow wants Najib Razak to quit, some other colour can fill up the streets and demand that the Prime Minister stays.
Now where does it get us? Nowhere. 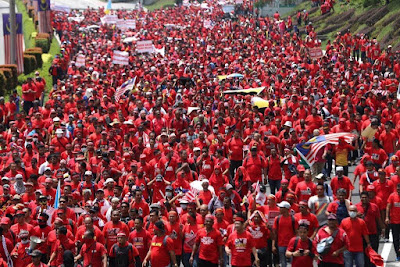 Peaceful as the Merah rally is, you sense that the people are really marah (angry). Most of the protesters today came by chartered buses from out of Kuala Lumpur and as far as Kelantan, Perlis and Johor. Some of them were paid RM50 in allowance (Bersih4 paid RM300 because they raised funds from their richer, urban supporters) but it wasn't the money, one group of people told me. "It is about maruah (integrity). You don't stomp on pictures of our Malay leaders, that's kurang ajar. I am here to show my displeasure with you."

Rightly or wrongly, the DAP was made the target of the crowd's displeasure. And whether you like it or not, Melayu mudah lupa. They will forget the good that you've done because of the really bad that they think you are doing, even if you had been a hero before. 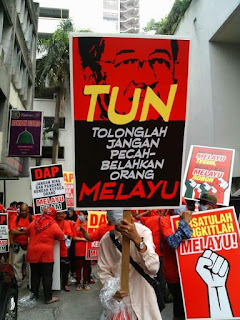 For me, that's the one sad thing about today's Red Shirt rally ...