The Fitch Rating on Malaysia: What it really means [with updates on Arul's Conversations with Fitch]

Updated, 2/7/15
I'm beginning to see why Najib Razak thinks Arul Kanda is the man to lead the 1MDB. This Royal Military College guy is not letting politicians bully him or 1MDB. Latest, Arul takes on Tony Pua again today, for the umpteenth time. this time telling the DAP man to do what's expected of him as a member of the bi-partisan Public Accounts Committee. Read Arul kept jabbing Tony P's missing punches.

Pay attention to the press statement he issued regarding Fitch's revised credit rating on Malaysia. I like the part where Arul says that as a Malaysian he's proud "that the country has achieved a Fitch Ratings upgrade from negative to stable outlook. This is the result of an independent review by an external party and represents recognition of the growing strength of the Malaysian economy".

He only tells us about his role at the end of that press statement:

"In relation to 1MDB, we had conversations with Fitch in advance of the upgrade, in which we discussed the company's current situation and provided confidence on the measures being taken. We were open about the challenges we face, outlined our efforts to reduce the company's debt as presented in our rationalisation plan, and provided information on the various actions that have already been taken including the repayment of a RM3.6 billion loan in June.”


“A great man is always willing to be little.”
― Ralph Waldo Emerson 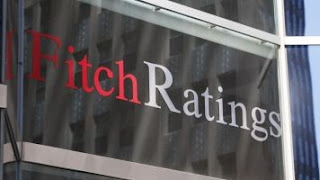 Schoolboy error. Really, what it means is that those guys at Fitch could get things so wrong. Just three months ago, they were telling us that, sorry guys, we are going to downgrade you [Fitch Sees More Than 50% Odds of Malaysia Downgrade on 1MDB, Bloomberg March 18]. The kind of reckless talk that hurt our ringgit and investor confidence:

Concerns Malaysia could be downgraded for the first time since the Asian financial crisis have hurt sentiment in its asset markets with the currency near the weakest in a decade. Fitch had repeatedly warned contingent liabilities such as rising debt at a state investment company [1MDB] were weighing on the rating, contributing to investors souring on the country. - Malaysia Escapes Fitch Downgrade, Bloomberg June 30

Suddenly,  they unapolegetically made a complete reversal on Malaysia's credit rating, citing "improvement in finances". Sure, of course, we believe you. But I wonder how much of Fitch's sudden reversal was influenced by the arrest of Swiss national Xavier Justo for alleged blackmailing 1MDB ex-partner Petro Saudi.

Oh, btw, according to the Thai police, it's no longer "alleged blackmailing': Justo has admitted to the blackmailing allegation.