Tourism Malaysia gets a Wee boost 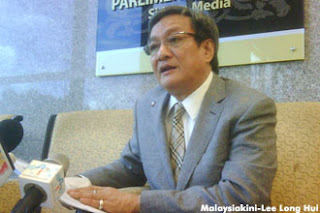 These days I still call him YB even though he's no longer an elected representative out of respect and fondness for Wee Choo Keong. He was the first lawyer to offer me his services, pro bono, when I was sued by my former employers in 2007 for my unflattering write-ups about them on my blog. In return, the bloggers campaigned for the axed DAP man during the 2008 general elections, where he pulled one of the biggest upsets. He did not contest in the 2013 general election.

It's an interesting appointment, not least because Wee is known to be one of the fiercest critics of both Malaysia Airlines and Air Asia, the main carriers of our inbound tourists.  Last year, we hosted 27.4 million tourists who spent RM72 billion. But tourist arrivals dropped more than 8% in the first quarter of this year so Wee will have a lot of work to do.