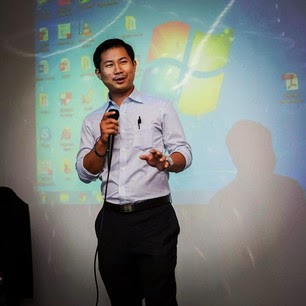 Updated: Umno's young (and allegedly suppressed) respond in Leadership in Umno must be earned, the Mole 25 Nov 2014


"Umno needs more young blood to continue striving for the party’s cause and therefore, it is important for senior leaders to make room for the young to grow." - Danni Rais (left)

Danni said this is not the first time the call not to suppress the rise of the young in Umno is being made. "If we want to see it happen, the top (leadership) must walk the talk and really push for it."

In my Oct 16 posting KJ, DPM? I wrote about the danger of us Malaysians looking up to past prime ministers' sons and son-in-law to be the successor of Najib Razak, who is the son of a Prime Minister himself. I enjoyed quite a bit of support on that one from young ones within the party and in general. Of course, I have my angry fans too. But I am happy to discover now that I am not the only one who thinks that we should look beyond them in order to succeed as a nation.

So people, stand up and salute Zahid Hamidi, Malaysia's Deputy Prime Minister in waiting. For saying what you wanted to say but could not, would not or did not have the guts to ... 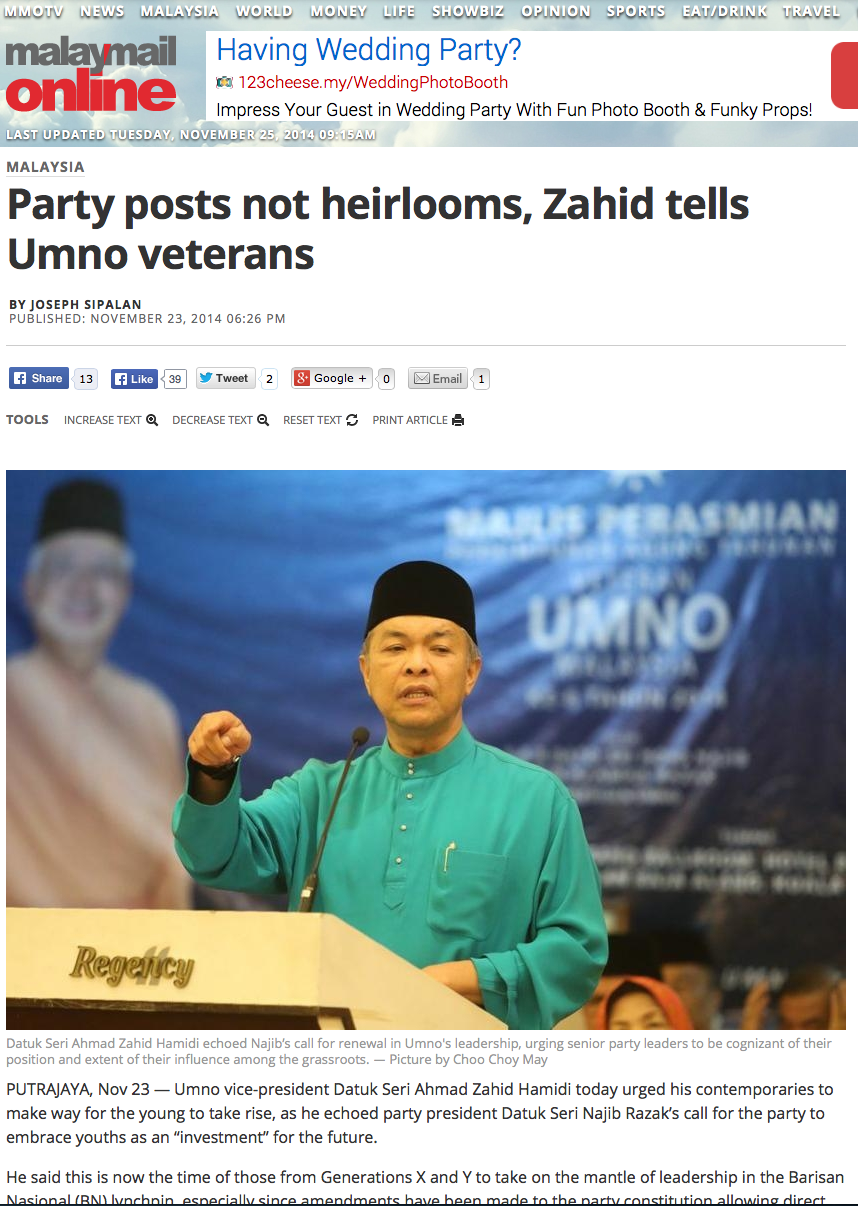 
"I have seen how a few division chiefs 'planted' their spouse as the division Wanita head, their son as Ketua Pemuda and daughter for Ketua Puteri.What do you call that, if its not a political dynasty!And up there, it's still a practice…"

But Zahid's call is not going to be followed through during the Umno General Assembly, at least I don't think so. Too sensitive an issue. Even Bujai, who doesn't have that much personal stake in the party, appears conditional in his support for Zahid's "heirloom" call. His disclaimer:


"Ooopsss... I'm not saying the prime minister's sons - Hishammuddin Hussein and Mukhriz Mahathir - dont have the right package but they must proof something 'extraordinary' to reach the pinnacle of politics."


Zahid made the statement in support of Prime Minister and Umno President Najib Razak's call Don't keep new blood from rising over the weekend.
at November 25, 2014