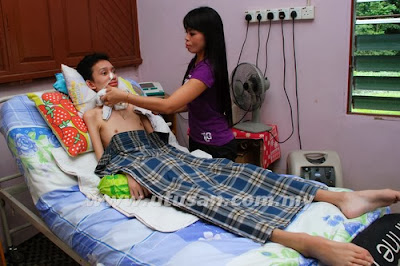 This 18-year old lad in this picture is a victim of JE and he is also from a village in Sri Menanti. His poor family can really do with some help from their well-to-do neighbours. Anyone else who'd like to help ease their burden can find details h e r e.