Kuala Lumpur, 13 Jan:
Judge sets 23 Jan for Round 2
The High Court No 6 was packed this morning with scores of UKRC supporters, including junior and veteran footballers and a retired referee, who declared that the MPAJ had committed a vicious foul on the residents of Ulu Klang and their 60-year old club, the UK Recreational Club, and therefore deserved a send-off! UKRC president Andrew Gopal said he was happy Judge Yang Ariff Vazeer Alam Bin Mydin Meera decided to adjourn the case to 23/1/2014 (after Friday prayers) for a decision. Ah, perhaps someone will be sent off, after all? "The Yang Ariff wants to study the submission ... We are happy with that," Gopal said.

Uncle Lim, a volunteer at the UKRC who has lived in Ulu Kelang for over 50 years, said he was saddened by the Selangor government's decision to get the local council to seize the football field from the club. "That has never happened before," he added. Before the UKRC decided to file a suit against the MPAJ to reclaim the field, the council even threatened to seize the club house. "This is state gangsterism lah," a supporter chipped in.

How do you fight that?

Updated: 12/1/2013 Another Broken Promise by Apanama. They did it to Kg Buah Pala, they'll do it to UKRC if the people don't fight! 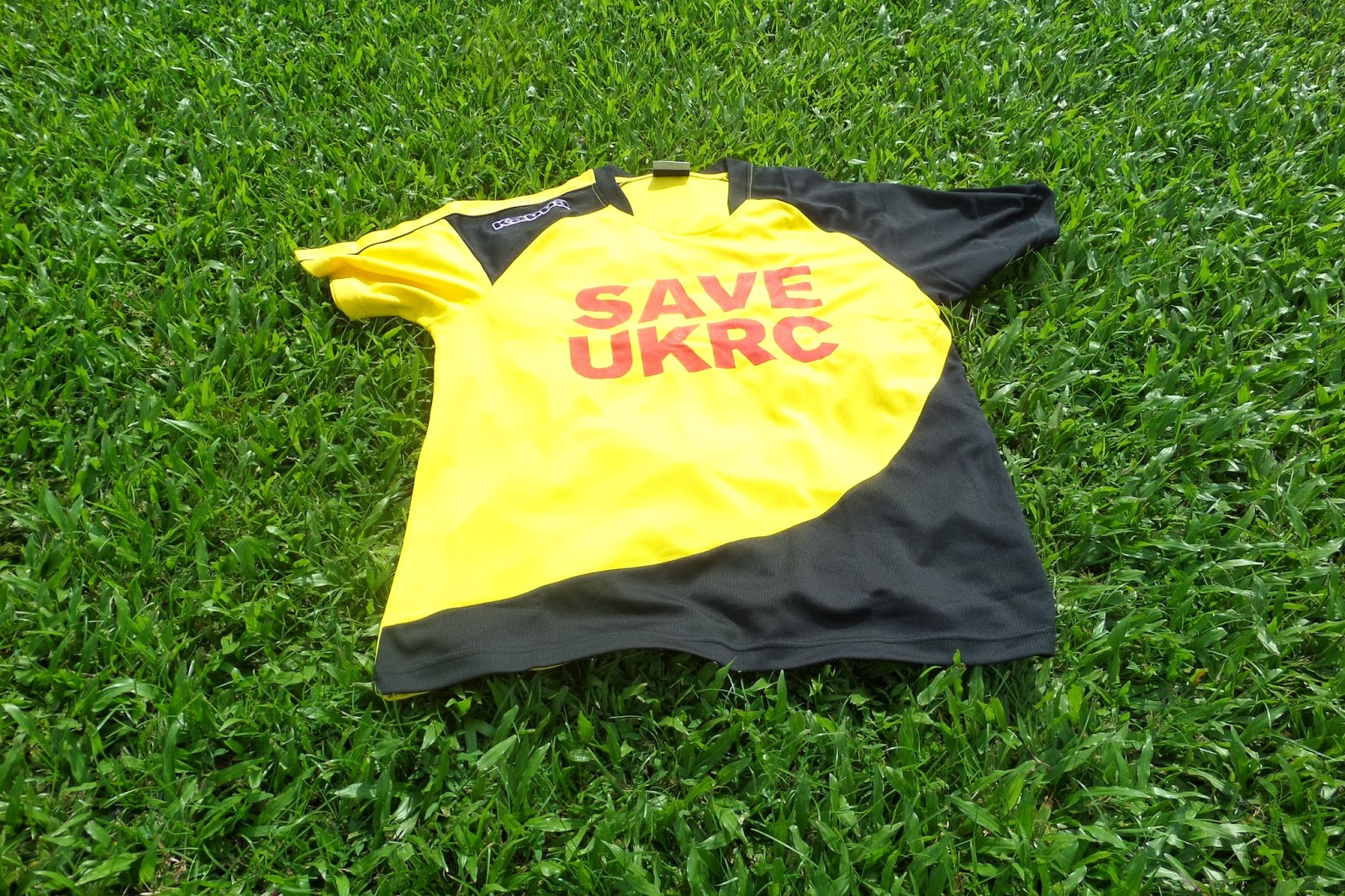 This is not political. For decades, all manners of crooks, including elected ones, have tried to rob the people of Ulu Kelang of their one and only football field. Thanks to some very brave people of Ulu Klang and their club UKRC, those attempts were thwarted each time. What those crooks failed to do through crooked means, however, the Majlis Perbandaran Ampang Jaya has succeeded in doing via a legal loophole which they said they had found after all these years.

Once again, the brave people of Ulu Kelang and their club UKRC rise to defend their field. They have defeated greedy property developers and their powerful alies within the state before, so surely they can do it again.

But these are ordinary people and the court action against the MPAJ will take much or their energy and resources. It may take months and even years.

They will need every help that we, the people, can give them. The least we could do is show them our moral support.

I hope to see you, some of my Dear Readers, at the Jalan Duta court house this Monday.

p.s. This has nothing to do with partisan politics. For a bit of context, pls read my old piece UKRC Field vs BN then, UKRC Field vs Pakatan Now
at January 11, 2014