The Sabah Blackout: Why national security should not be left to the IPPs

Updated: Blackout came barely a week after Ministry set up a special task force to monitor power supply projects in Sabah. The Minister, Maximus Ongkili, said his ministry was concerned with the situation in the state ...h e r e. 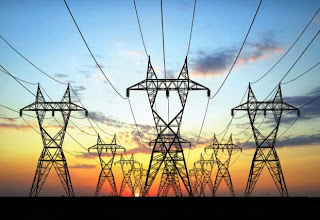 KOTA KINABALU: A series of incidents at three major power stations in Sabah crippled electricity supply in the state, reducing generation capacity by nearly 200MW.
Sabah Electricity Sdn Bhd managing director Abdul Razak Sallim said the energy company had to impose load-shedding affecting some 500,000 consumers for up to a month because of the power shortfall.
He said the first incident occurred when the Teluk Salut station at Sepanggar, operated by Ranhill, crippled a turbine at about 8am, causing a power loss of 47.5MW.
Abdul Razak said a breakdown at the Rugading power station, operated by Ranhill Powertron, at about noon, and a fire 38 minutes later at the Malawa station, operated by ARL Power, caused the supply shortfall to increase to 200MW.
“Power supply from these stations is being restored in stages,” he said.
Abdul Razak added that the load-shedding was necessary as the available electricity now amounted to just over 700MW.
“Demand in the state has topped at 874MW,” he added.
Abdul Razak said the load-shedding would affect the whole state with different areas experiencing power supply interruptions for about three hours each between 6am and 9pm.
He said industrial and business users that had their own back-up power generation sets would be asked to operate their equipment to help ease the electricity supply shortfall. - The Star


ONE CRUCIAL POINT was left out by the Star in this article, which was caught by the NST: the three IPPs implicated in the current blackout are not under SESB jurisdiction (500,000 in Sabah face power cut).

Both NST and the Star missed a basic fact: 70 per cent of Sabah's power are supplied by IPPs.

And these, to me, should be of concern to every one of us. Especially in view of some disconcerting developments, like wild talk about the unbundling of TNB and attempts to exclude TNB from future tenders in order to protect the profits of the IPPs.

The message must be sent to the people at Penjanabebas, which represent the IPPs, and Mypower ( I don't know whose interests this government agency really champions) that national security is too important to be left to the IPPs in their political, regulatory or economic games ...