Pakistani Christian Gets Life in Prison for Blasphemous Text Messages

A court in Pakistan's Punjab province has sentenced a Christian man to life imprisonment and a fine of $2,000 for sending blasphemous text messages to Muslim clerics to seek revenge from his ex-fiancée. 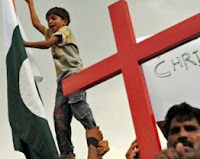 A court in Punjab's Toba Tek Singh district sentenced the Christian man, Sajjad Masih, for sending blasphemous text messages from a mobile phone to Muslim clerics and others in Gojra town in that district, according to Pakistan's Dawn newspaper.
Masih, a resident of Punjab's Pakpattan district, was arrested in December 2011.

Police say Masih was engaged to Ruma Masih of Gojra town but she contracted marriage with another Christian man in the U.K. To teach her a lesson, Masih used her SIM to send blasphemous messages to clerics.

Gojra is religiously sensitive, having witnessed massive attacks on Christians triggered by reports of desecration of the Quran in 2002.

Police initially refrained from charging Masih under the blasphemy law, but added it to the complaint later on the demand of Muslim clerics. The clerics also pressured police to include his ex-fiancée in the case.

Consequently, Pakistan's interior ministry sought a red corner notice from Interpol for Ruma's arrest in the U.K., but she could not be traced.

The blasphemy law, embedded in Sections 295 and 298 of the Pakistan Penal Code, is frequently misused for personal revenge. It carries no provision to punish a false accuser or a false witness of blasphemy.

The law is also used by Islamist extremists to target religious minorities – Christians, Shi'as, Ahmadiyyas and Hindus. The government of Canada recently helped a Christian girl, Rimsha Masih, who was falsely accused of burning the Quran last year and forced into hiding, to flee her country and settle with her parents in the North American nation due to concerns for her safety.

Efforts by some of the country's prominent leaders to repeal or amend the law have gone in vain.

A Pakistani Christian, Shahbaz Bhatti, who was elected member of the National Assembly, was assassinated in March 2011 for his efforts to repeal the law. Minister of Minority Affairs, Bhatti was killed two months after Punjab's Governor Salman Taseer was assassinated for his advocacy for Pakistani Christian woman Asia Bibi, who had been convicted by a trial court for blasphemy. - Ends

Duo who insulted Islam can be prosecuted 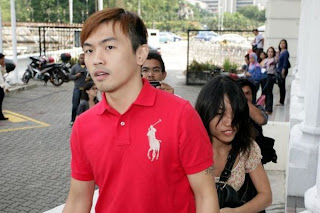 This Bakuteh couple (read story h e r e) would have been in hiding if they were in Pakistan or Indonesia or Saudi Arabia, where the Muslims and the authorities have little mercy on anyone - Muslims and non-Muslims - who deliberately insult Islam. Here in Malaysia, the Malay-Muslims are easy-going and have been so for centuries. Will the Alvins and Vivians of this land ever learn to appreciate this?