The letter Guan Eng didn't want you to read 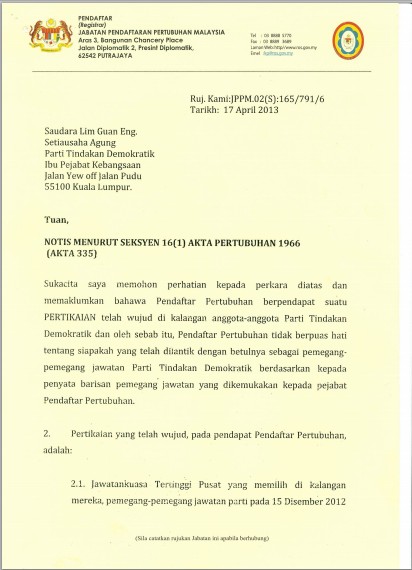 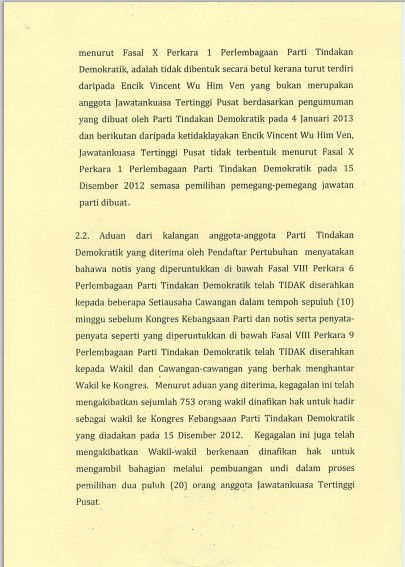 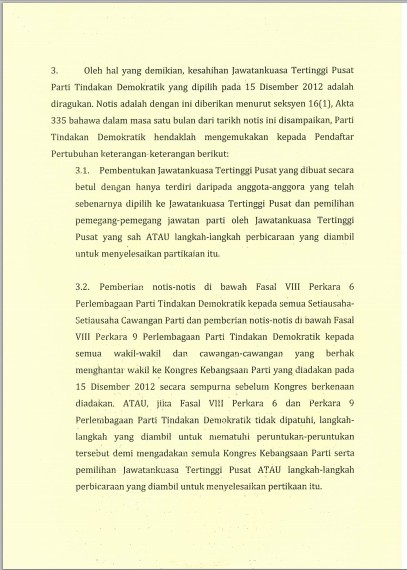 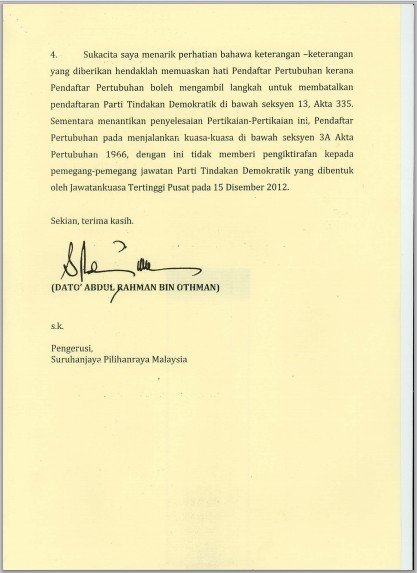 This letter to Saudara Lim Guan Eng from the Registrar of Societies is to-the-point, professional.

Yet it was not just spun, its content was twisted, turned and teared as the Lims cried, cried wolf and cried foul in the hope that the people would forget that it was them - not ROS or anyone else - who mucked up their own little in-house election back in December 2012 and it was their own comrades who lodged a complaint about procedural discrepancies that resulted in 753 party members denied their rights to vote. Even so-called non-partisan observers like Bridget Welsh fell for it when she declares This tactic is perhaps the most blatant. Do they assume that people do not respect fair play? Do they think that Malaysians are willing to accept a process that is unfair? Did she forget the right of the 753 DAP members to fair play and a process that is "bersih".

Now, where in the ROS letter did you say the DAP would not be allowed to use its party logo for Nominations Day or/and General Elections?