LATEST: 12 March 2013 - Our first soldier was killed in action this morning as fighting with Sulu terrorists continue in eastern Sabah. Innalillah. His family will mourn him. Alfatihah. The nation salutes him ...

But no, not the so-called human rights activists who have begun to mount campaigns and protests to accuse Malaysian armed forces and police commandos of brutality. We are defending our country against armed terrorists, against savages who beheaded our police officers and gouged their eyes, and these human rights watchdogs and watchbitches call us brutal!

I hope our mainstream media and news portals, including Malaysiakini and Malaysian Insider, recognize this as propaganda against our nation and don't fall for it. Our warriors aren't savages like the Kiram terrorist. We aren't the intruders, we are not in southern Philippines claiming Mindanao to be our ancestral land. We are defending our sovereign land and our people to the best of our ability. The people our commandos and soldiers are risking their lives to defend include the Suluks who are Malaysian citizens and who have been Malaysian citizens for a long time.

The least some of us can do is shut the fuck up and stop telling the soldiers what they ought or not ought to do. The rest of us will do well to better understand what we are up against. Our politicians need to set aside their political differences and stand on the same side.

I hope the video (above) of the interview given by Farish A Noor on Viewpoints @ntv7 helps us realize that we are victims, not perpetrators. The claim on Sabah does not hold water, not here, not in the Philippines and not internationally. Let's stop any motherfucker who tries to make the terrorists look like victims. 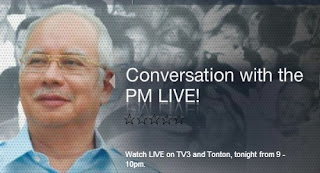 Hamdan Ahmir (or Hamdan KC to friends), who interviewed Dr Farish on Viewpoints, anchors a special program Coversation with the PM at 9 tonight on TV3. You can watch the live streaming on tonton, too.
at March 12, 2013