Selawat for the Rasulullah.

Any Malaysian who is not proud to be a Malaysian should go to Sarajevo because even today, 20 years after the last great ethnic cleansing attempt by their Balkan neighbours, the Bosnians will thank you for your nation's courage in standing up to an international community that was looking the other way. If Dr Mahathir Mohamad had closed his big mouth or shut his vocal chords, perhaps today there would not be any country called Bosnia-Herzegovina. Thousands more Muslim children would have died and their women raped in front of their husbands and sons. I was in Sarajevo in the mid 90s, and I was in the Non-Aligned Movement meeting in Jakarta in 92 when the former Malaysian Prime Minister spoke up and never stopped speaking up for the Bosnians thereafter, and before that I was with reporters from the world at the main steps at Wisma Putra in KL when we told the former Yugoslav envoy to leave our country and never come back. 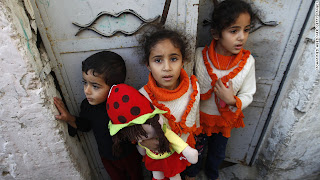 At the time, Dr Mahathir was seen as an irritant. A recalcitrant. But he made us mighty proud to be Malaysians. You can ask Musa Hitam, Abdullah Ahmad Badawi, Anwar Ibrahim, Rafidah Aziz - all of them played a role in making us, a small country in Southeast Asia, a powerful voice speaking for peace.

After Bosnia, we have spoken up for various countries in Eastern Europe and Africa. Closer to home, Malaysia recently helped find a conclusion to the long-standing strife in southern Philippines. Many had tried and failed. 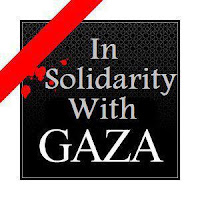 For years now, Dr Mahathir has quietly helped with community development projects, including building mosques and schools, in southern Thailand, something that has not been widely reported. The Perdana Global Peace Foundation, which he founded, has highlighted the plight of the peoples of Rohingya in Myanmar and, of course, Gaza.

Today, this proud Malaysian is proud to see Najib Razak, the current Prime Minister, continuing the brave Malaysian tradition of fighting not just for other Muslims but for the trampled, the bullied and the underdogs in this unjust, dog-thumping world.

* A first for a Malaysian Prime Minister by Barking Magpie
at January 24, 2013