When in Sabah, play ball 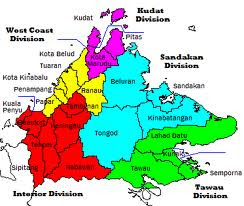 Sabah Politics 101. Pakatan Rakyat is an exclusive pact of three Peninsular-based political parties so it's not such a surprise that their "Sabah for Sabahans" slogan, which Anwar Ibrabim was hoping would drive the Opposition in Sabah against the incumbent BN state government, is starting to work against Pakatan itself. In fact, the Opposition parties in Sabah seem to be painting the Peninuslar Pakatan as a potential threat to their own progress! Read The Malaysian Insider's Deadlock Likely in Sabah Opposition Seat Talks.

Things are about to fall apart for the Peninsular pact. The Pakatan Rakyat's leaders need to understand that they won't get even a toehold in Sabah unless they put into practice their "Sabah for Sabahans" rhetorics and let the local Opposition parties lead the charge come PRU13. DAP, PAS and PKR can't expect SAPP, STAR, USNO and the many other Opposition parties in the state to play dead just or play minor roles just because they say so.

Sabah is key to Pakatan Rakyat's hope to take Putrajaya. Anwar Ibrahim knows the Sabah bigwigs from the time when he was the all-powerful Deputy Prime Minister from UMNO and he knows that it is he now who must play ball with these people, not the other way round.