In a nutshell, I've agreed apologize "for the considerable distress, embarrassment and inconvenience caused to the plaintiffs" as a result of some of the things I'd written about them on my blog.

Both parties agreed that there will be no order as to costs.

As part of the settlement, I am pleased to publish Enclosure 44 in full: 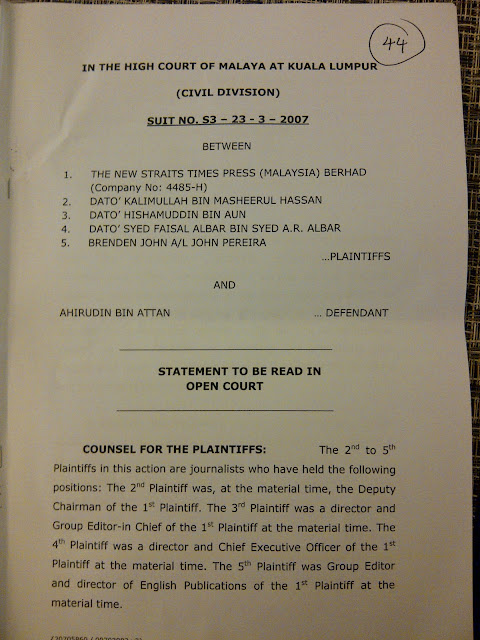 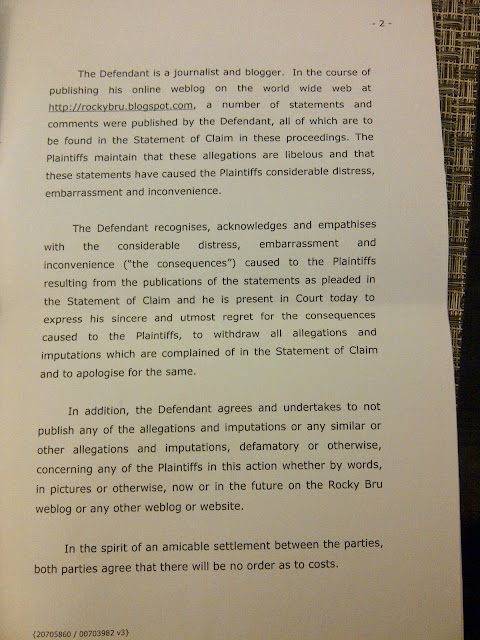 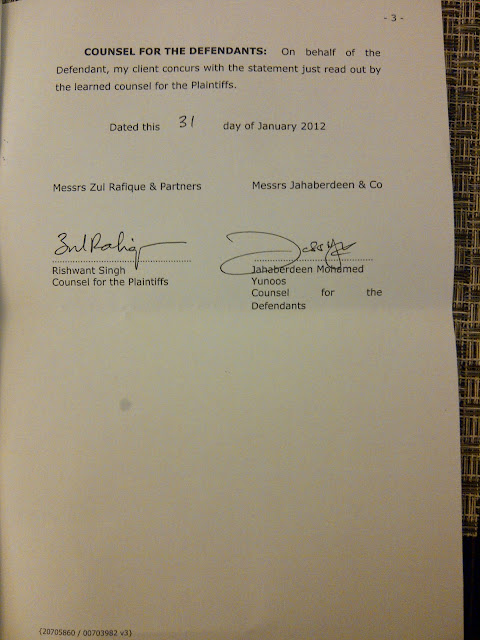