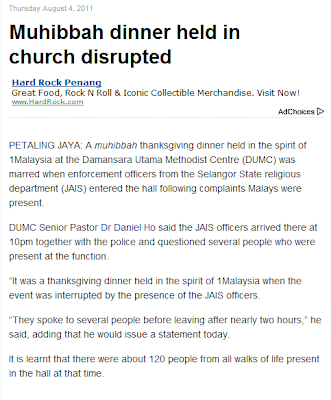 Appalling! This raid by Jais on another religion's place of worship is unprecedented, I believe, so congrats to the Selangor government lah. Keep it up. Play politics until things get out of hands, why not, eh?

But only Khairy and Wee Ka Siong are angry?
Where's everyone else? 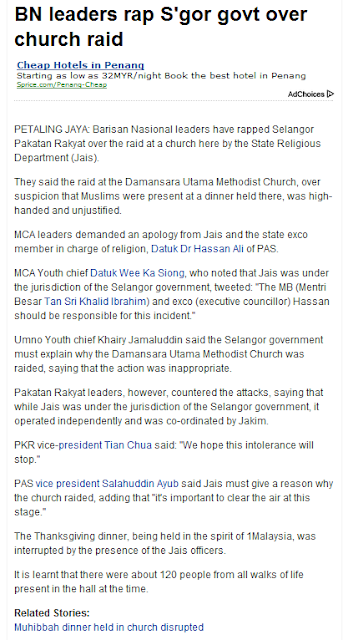 "In the first place, there is no law - Syariah or secular -forbidding Muslims from attending events, including dinners, in churches..."
Read also Nuraina A. Samad's post here
at August 04, 2011