Finally, the Minister's Communication and Multimedia Commission (MCMC) decides that it would be good to face the media and let them know how it had spent billions in the Universal Services Provision (USP) Fund that's meant to address the DD (Digital Divide) issue.

The (Information, Communications and Cultural) Minister Rais Yatim himself won't be at the briefing, which will take place at the MCMC's headquarters in Cyberjaya from 9am to 2pm. [See full program, mail recipient list, and MCMC's org structure h e r e].

The task of briefing the media has been given to the Chairman of the Commission, Khalid Ramli. Acting Senior Director of the USP Division Zulkarnain Mohd Yassin will be at hand to help the boss romance the media. There will even be a site visit to a Community Broadband Centre/ USP site in Taman Seri Serendah, Hulu Selangor from 2pm to 4pm.

So, what is USP Fund and what's the FUSS? In a nutshell, the Fund is money from the industry for purposes of rural telecoms infrastructure development. TM, Celcom, Maxis and other USPs contribute 6 per cent of their profits to the Fund. YB Wee Choo Keong has raised the issue of this "mysterious" fund (the mystery is in how the money was spent: the MCMC said there was just RM400 mil left in the RM4 billion fund, after Rais' own deputy had said the money in the Fund had not been touched; estimates of how big the fund is vary, with some saying it had reached RM6 billion). 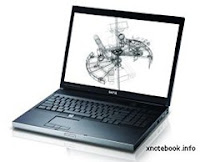 One question that my fellow journos will definitely want to ask this morning is how does the MCMC justify using USP money for the distribution of netbooks under its RM1 billion Netbook scheme when it is clear that the Fund is never meant for buying hardware but is supposed to go to developing infra/connectivity in under-served areas, ie kampungs, long houses,

And how does the MCMC justify spending RM1,000 on each Netbook when Low Yatt is said to be offering the same notebook for half that amount?

And how does it justify providing these Netbooks to rural areas that still do not have connectivity? Shouldn't they  first ensure connectivity? And not put the cart before the horse?

There are many, many other questions to ask with regards to the USP Fund.

Is it true that there's no proper audit on the spending? Has the Audit Committee met at all this year?

Where is the USP Fund boss, Datuk JJ (Jailani)? Why is the briefing taking place when he's not in town?

And can anyone tell me where is the MCMC's chief operating officer? Yes, the MCMC has a COO and his name is Sharil Tarmizi. I was told that the COO has been made Special Adviser to the Minister because he had too many misgivings about the Netbook scheme. Is that so now?

Note: The MCMC is still investigating Big Dog and I over postings we did on our blogs here and here following a police report lodged by its Minsiter, Rais Yatim, against me about a month ago.
at November 08, 2010