"The Government is not silly"

These quotes, for the record,  are attributable to one of YTL's top execs in an interview with The Malaysian Insider on Saturday over a report that telcos were unhappy with the award of the 700 Mhz spectrum to YTL.

Then yesterday - a Sunday - the MCMC issued a statement to deny that it had issued the 700 Mhz spectrum to YTL. Blogger Sakmongkol had on Saturday urged the government to cancel the award to YTL and get its anti-corruption commission, the MACC, to study the decision-making at the MCMC. [Read also Sakmongkol's Further Notes on the 700 Mhz Spectrum Issue] 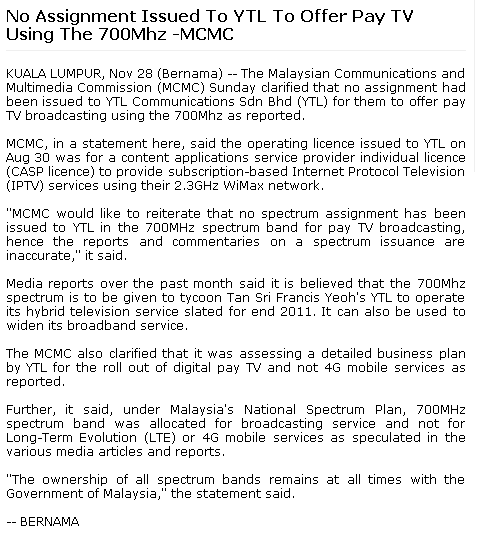