A Prayer for the safety of our Gaza-bound friends


Original posting: The Israelis killed 10 members of the international aid flotilla. Two Malaysian journalists are on the ship attacked by the Israelis, their fate still unknown. My brother Shamsul Akmar and five other Malaysians are on board another vessel, which is a day behind. I can only pray for their safety. 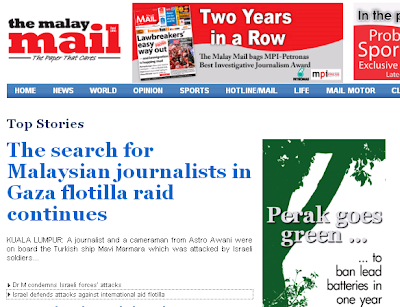 The Israelis said the flotilla members had pistols "taken" from their officers of the Israeli Defence Forces (IDF).