What the Battersea deal says about PNB and EPF

Updates, Mon 22 Jan:
Did you know that Battersea was featured on the cover of Pink Floyd's Animals (1977), in the Beatles' film Help! (1975) and Alfred Hitchcock's Sabotage (1936), and in the BBC's Sherlock series and Dr Who? (Read Battering brickbats on Battersea).

And why it's mischievous to say PNB and EPF to pay 1,000 times more for the Battersea project? 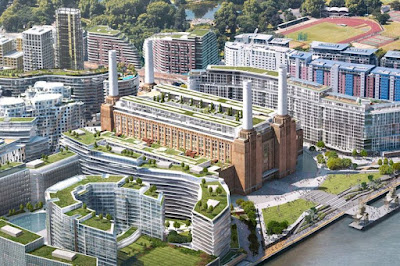 But PNB-EPF's purchase of Battersea Power Station is making headlines at home and abroad because it is no ordinary deal. And for the right reasons, too! The deal, the largest property deal in the UK, is proof of the good state of the two Malaysian institutions and, more importantly, their bold investment approach. As PNB says, the deal is part of it's long term strategy of portfolio diversification and judicious expansion into global assets.

As a contributor to both EPF and PNB, I am both proud and excited. The detractors are working overtime to create doubts and negative perception about the deal. But they would have to discredit not just the Malaysian players but also the UK authorities behind the deal, too. And if Apple is making the landmark Battersea its home (read Apple London HQ will open at Battersea Power Station in 2021), who are they to say that Battersea is a poor choice for investment?

Sent from my iPhone.

We refer to media articles relating to the proposed reorganisation of ownership in the Battersea Power Station project, as announced separately by S P Setia and Sime Darby Property to Bursa Malaysia on 18 January 2018.
1/3