“[…] We will, on the part of DAP, reject the private member’s bill brought forward by Marang, but the bigger agenda, … that we should not lose sight of, is to bring down a kleptocratic administration led by the biggest thief of all in the country, Dato’ Sri Najib Razak.” - Tony Pua, Facebook, April 6


Puchong, 12 April: Anyone watching his April 6 video clip on FB in response to RUU355 could tell that YB Tony Pua, the DAP's publicity chief, was asking for it. 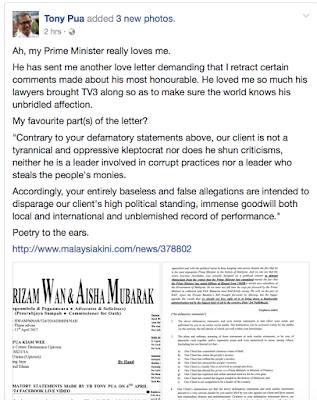 What Pua did not mention in the Facebook posting is the fact that he himself had sent a "love letter" to the Prime Minister in January (read h e r e).  Najib Razak had filed for a defamation suit against Tony Pua earlier in March 2016 and the case is scheduled for hearing in September this year. So by Pua's own logic, it's not unrequited love. The DAP man really loves his Prime Minister, too.

But his love aside, Tony Pua could well end up the biggest fool in the RUU355 episode as his partners in PKR did this number - PKR supports Hadi's right to table RUU355 (The Star, 11 April) - about the same time Najib's lawyers issued him the letter of demand. 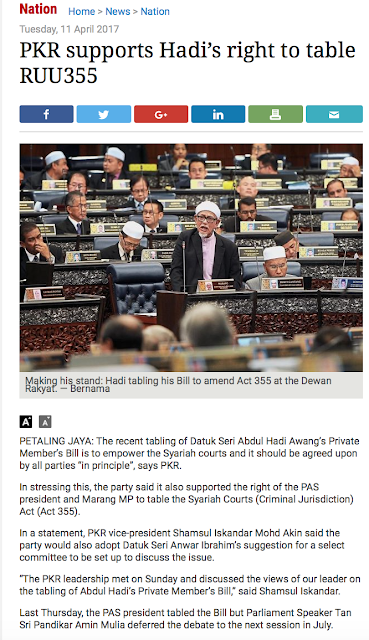