TTDI, 16/3: Last Thursday, the Selangor Islamic Religious Council (MAIS) sent out a Media Statement that accused two bloggers, including yours truly, of writing something that we didn't write. In that statement, reported by all major newspapers and aired on RTM and Youtube, MAIS demanded that the bloggers apologize to the Selangor Sultan in writing, within 24 hours, or it would sue. The Istana, for the record, made no such demands of me.

I have kept quiet and did not blog about MAIS' wrath because I was half hoping that the Council was bluffing, that they were just dropping the Sultan's name in the hope that it was the best way to  silence me.

But yesterday someone sent me this press release by Bank Muamalat with regards to MAIS and the apology to the Sultan, so I thought that was interesting. Especially the part where it says: 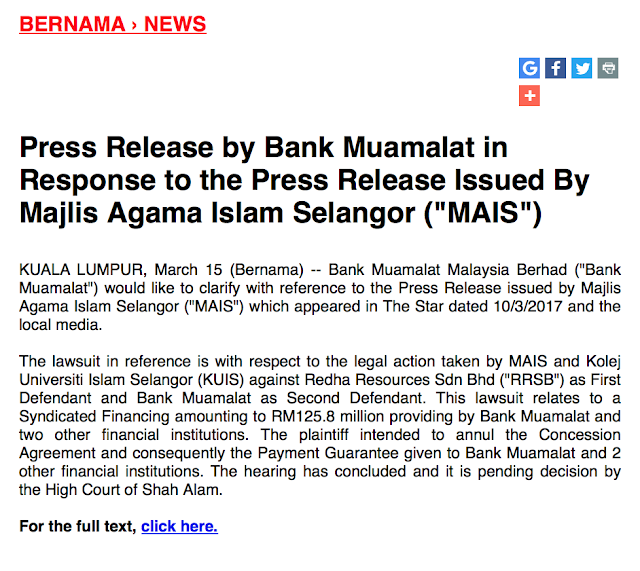 My posting While the Agong makes headlines ... 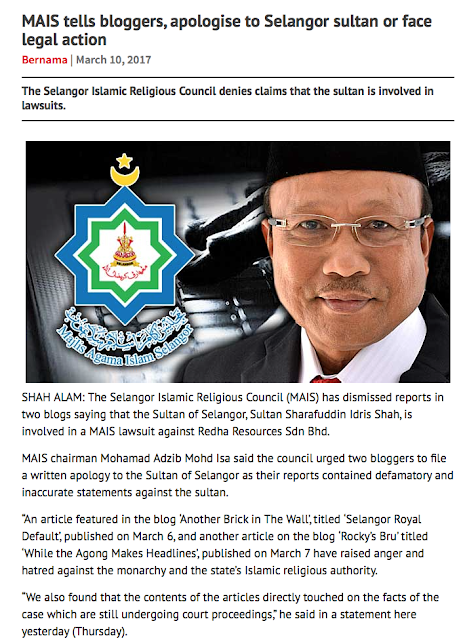 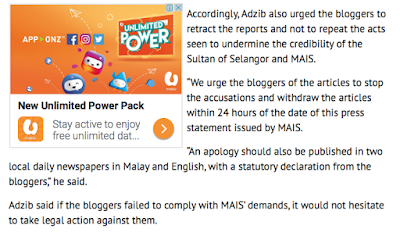